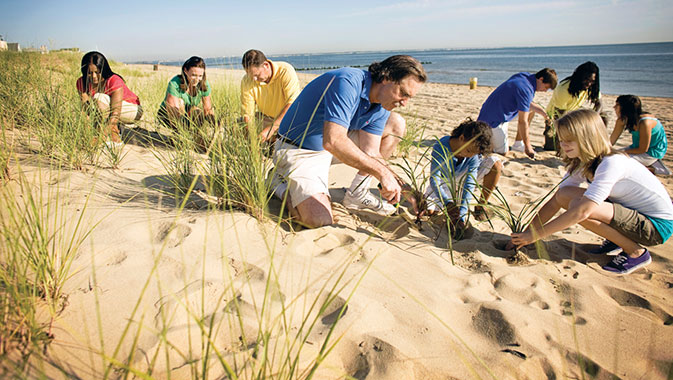 Known as the Cultural Center of Virginia, a hipster haven, and a prime location for innovation and entrepreneurialism, Norfolk, Virginia is on the radar. “We are an ever-evolving city, striving to become the most dynamic and authentic urban waterfront community in America,” shares Mayor Paul D. Fraim.
~
“Our Downtown is vibrant, walkable, served by light rail, Amtrak, the Half Moone Cruise Terminal, recreational marina and amenities including the upscale retail MacArthur Center. We have innovative health care, the world’s best shipbuilders, a highly skilled workforce of transitioning military and a collaborative environment with our universities,” says the Mayor.

Norfolk’s decades-long housing, retail and financial boom led USA Today to rank the city among the Top 10 booming downtowns, while Expansion Management Magazine named Norfolk one of the top 10 markets for business relocation and expansion. Major projects currently underway include the $126 million Main Norfolk Hotel and Conference Center, a new Downtown Arts District, the $75 million Simon Premium Outlet Center, and Waterside Live!, a $40 million+ entertainment and dining facility. Housing is in high demand, and more than 850 upscale apartments have opened downtown in the past year – many in converted office buildings. “They are getting snapped up as fast as they come on line,” Mayor Fraim reports. Citywide, there are over 1500 apartments in the pipeline right now.

Known as a Millennial Magnet for its young, engaged population, Norfolk’s 23510 zip code was ranked number three in the Top 25 Hipster Zips in the nation by RealtyTrac, a West Coast real estate tracking and information service. To arrive at this conclusion, RealtyTrac went beyond the presence of trendy restaurants, bars, coffee shops and other amenities to include factors such as walkability, public transportation use, population density, and the percentage of residents between the ages of 25 and 34. Remarkably, the ranking places Norfolk above hipster enclaves in Brooklyn and San Francisco.

Norfolk’s amenities, vibrancy, and new development are attracting more than just young people, of course. “Our city’s transformation is appealing to everyone from Millennials to Empty Nesters,” Mayor Fraim remarks. “People who are looking for an urban environment in which to live, work, and play. Placemaking is driving organic investment within our communities, and catalytic projects are making transformation happen as we hoped.”

Entrepreneurs in particular are pouring into Norfolk, and Entrepreneur.com named the Tidewater community one of the top five cities for entrepreneurs. “We welcome entrepreneurs and the diversity they bring. We give them a seat at the table and give them space to grow,” says the Mayor. The city has a Technology Application Center, Procurement Assistance and Veteran’s and Women’s business outreach centers, while Benefit Corporations support social and environmental needs and Norfolk Fair Trade Company provides business-launching opportunities. “Hats off to our entrepreneurs and corporate community such as Dominion Enterprises, creating Hatch, a tech accelerator fed by StartUp business events drawing up to 350 folks pitching ideas. We have a great Maker community, with 757Makerspace as home plate.” In addition, “several assets such as the Strome Entrepreneurial Center at ODU are creating an entrepreneurial culture, including social entrepreneurship.” Norfolk also boasts emerging districts featuring artisanal manufacturing, from breweries to organic bedding, which are driving even more entrepreneurs to the city.

Located in the center of the coastal Virginia market, Norfolk is just a day’s drive to two-thirds of U.S. consumers, and also enjoys a global presence. “We are an international city for commerce, trade, humanitarian efforts and the military,” Mayor Fraim reports. “Ninety-five percent of the world’s shipping lines call on our port. We have a strong Sister Cities Association with ten cities, while international organizations such as PETA and Physicians for Peace are based here.”

Norfolk is home to the world’s largest naval base, Naval Station Norfolk, which supports 75 ships and 134 aircraft alongside 14 piers and 11 aircraft hangars. Boasting the largest concentration of U.S. Navy forces anywhere on the planet, “Air Operations conducts an average of 275 flights per day or one every six minutes,” military.com reports. The North American Headquarters for NATO (North Atlantic Treaty Organization) is located in Norfolk as well. “NATO’s Allied Command Transformation represents 28 countries actively involved in activities attracting international interests and provides a means for high-level networking and support, including cybersecurity,” says Mayor Fraim. In addition, Norfolk International Terminal completed a 300-acre expansion, making it one of the largest intermodel centers in the U.S.

Norfolk’s thriving and diverse economy goes beyond the presence of a major East Coast Port and booming maritime and defense industries. The city also enjoys healthy activity in federal research and development, technology and manufacturing, health care, and tourism. Renewable energy is a growing focus and the first offshore wind project test in the United States will be installed off the Norfolk coast in 2017. “We are making strides to diversify further… with entrepreneurial support and workforce training and placement programs to support our transitioning military,” says Mayor Fraim.

As a regional health care hub, Norfolk boasts top ranked medical facilities that play an invaluable role in the local economy. “Our health care community is so important to us that priceless is not too strong a word to describe it,” says the Mayor. Healthcare / Life Science assets include two major health care systems, a medical school, and 12 center of excellence institutes including Strelitz Diabetes Center and Jones Institute for Reproduction. Sentara Norfolk General Hospital has been recognized as the Number One hospital in Virginia for the second year in a row and has Virginia’s only nationally ranked Heart and Ear Nose and Throat programs in the 2014-15 America’s Best Hospitals rankings by US News & World Report. “Their innovative programs have created new models of care and Sentara provided approximately $300 million in community benefits last year,” Mayor Fraim reports. Bon Secours-DePaul Medical Center is actively pursuing expansion plans, opening two major medical office facilities this year. EVMS (Eastern Virginia Medical School) trains and feeds into the city’s health care system, and 2300 alumni are currently practicing in the region. Norfolk is also home to the award winning Children’s Hospital of the King’s Daughters (CHKD), Virginia’s only free standing, full service pediatric hospital.

Tourism is another thriving industry in Norfolk. “Norfolkians, as we are called, love to make visitors feel welcomed, connected and fulfilled,” says the Mayor. The city’s waterfront location is a leading attraction. Situated along the Chesapeake Bay, Atlantic Ocean, and countless rivers, Norfolk boasts 144 miles of shoreline, providing endless marine opportunities, from intense watersports and leisurely sails to swimming, fishing, or simply taking in the view. Visitors enjoy touring the Elizabeth River harbor aboard a tall ship or exploring Nauticus, a marine museum featuring the Battleship Wisconsin and related exhibits.

As an active participant in the Revolutionary War, Civil War, and the Underground Railroad, the city has countless historic sites to explore and stories to learn. One of the best ways to discover this history is through the self-guided Cannonball Trail, which takes visitors through 400 years of Norfolk and American history as they wind along the shoreline of the Elizabeth River and through the districts of downtown Norfolk. The MacArthur Memorial, a museum and research center, focuses on the life of General of the Army Douglas MacArthur and honors the lives of the millions of men and women who served with the General during WWI, WWII and the Korean War.

As the Cultural Center of Virginia, Norfolk is home to Virginia’s Opera, Stage Company, and Symphony. For 18 years, the acclaimed Virginia Arts Festival has delivered “an astounding international culture” to the region every spring, bringing some of the world’s greatest artists to performance venues throughout the Hampton Roads area. A major highlight is the Virginia International Tattoo, which features over 900 performers from eight nations and is presented in cooperation with NATO and the Norfolk NATO Festival. The only one of its kind in the nation, the Tattoo includes marching bands, massed pipes and drums, military drill teams, Celtic dancers, choirs, and surprise guests.

The city is gearing up to receive even more tourists. In the fall, the Carnival Splendor will begin sailing from Norfolk and is expected to bring 17,000 passengers to the city each year. A new hotel and conference center is also under construction, and will allow Norfolk to compete with the Washington DC and Atlanta conference markets.

From new accommodations to apartment towers and shopping centers, Norfolk is planning ahead to maintain its current boom. The city’s strong positioning was officially recognized in 2013 when Norfolk received the American Cities of the Future award. A diversified economy, focus on entrepreneurism, youthful population, and ongoing development all ensure that the city is well placed for ongoing success. 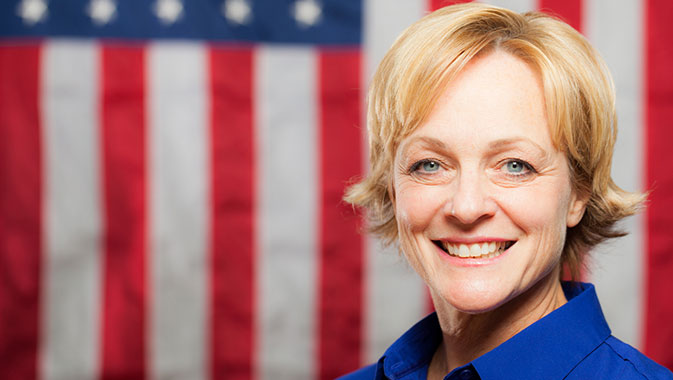 Planning Ahead & Embracing our Past