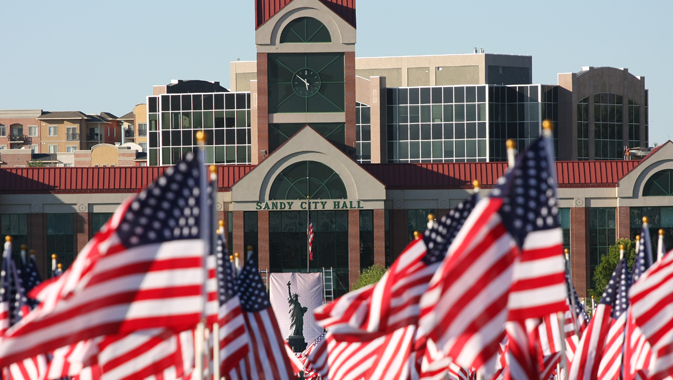 Sandy City, Utah is truly where mountain meets urban. The city has a population base of 250,000 residing within a five-mile radius, a location fifteen miles south of downtown Salt Lake, and enjoys the natural beauty of the Wasatch Front. Just twelve miles away from a number of ski resorts and Cottonwood Canyon, there is an abundance of outdoor recreation amenities to contribute to active and family-oriented lifestyles.
~
With an unemployment rate of less than three percent, Sandy City boasts average income levels of above $80,000 per year, quality affordable housing, a diverse retail base and a well-performing economy. Described as a “synergistic commercial center,” the city has prime locations available from which this growth can occur. As well, it enjoys access to a number of transportation networks including roads, light rail and commuter rail.

Speaking to Director of Business and Economic Development Nick Duerksen, it was clear that smart, forward-thinking leadership and wise land-use policies have helped to create a business friendly environment.

“Sandy City,” he says, “has developed according to a plan. They have done, over the last several decades, a good job of planning, and city councils, current and past, have made good decisions.” These decisions have helped to contribute to good property values and strong infrastructure.

“From an architectural standpoint, but also from a land use perspective, it is the ability to provide an urban core in a suburban area,” Duerksen says of the city’s success. “You can work in the morning and ski in the afternoon, and it’s only about a twenty minute drive.”

The area is a prime natural location for outdoor activities such as skiing, hiking and biking, with over 100 miles of trails within the city, with more being added. The city has 1,200 acres of open space and parks in twenty-three square miles.

From 1970 to 1979, the population of Sandy City increased from 7,000 to 55,000 people. The demographic essentially grew up with the city and, as such, required the growth of infrastructure as well. In the 1970s and 1980s, the city made every effort possible to provide water, roads and other necessary infrastructure for the community, simultaneously protecting the opportunity for future growth.

Each year, Sandy conducts a citizen survey to garner feedback from its residents to ensure development is in line with popular opinion. The citizen survey has become a means for the community to drive development. Over the last seven years, residents have made it clear that they value the outdoors. Acting on this feedback has resulted in the community’s extensive trail system, as well as other investments in parks and recreation and related amenities.

This has also had a substantial impact on economic development in the community as Sandy’s investments in parks and recreation have caught the attention of sporting goods manufacturers and companies that provide goods and services related to outdoor recreation. These companies have found Sandy to be a solid location to locate and invest given its proximity to nature.

Over the last seven years, there has been a huge commitment made by Sandy to improve communication channels to both residents and the business community in order to support economic and community growth. Not only has the city enjoyed high-tech jobs, the city itself have become a high-tech city. As early as the mid-1990s, over eighty percent of Sandy residents had an internet connection – long before the internet was as expansive as it is today.

Sandy has a well-educated, tech-savvy population, with forty percent of residents having achieved a college degree or better, providing a skilled employment base from which employers can draw. There has been significant growth in the high-tech industry in Sandy and the regional corridor as a result, with companies such as inContact, Adobe, E-Trade and Oracle in the area, taking advantage of Sandy’s workforce.

Sandy enjoys an active retail market and has even become home to destination retailers such as Scheels, which draws consumers from as far as 600 to 700 miles away. The South Towne Center, a one million square foot shopping mall has recently announced new ownership. With that will come millions of dollars in investment into the mall over the next three to five years.

Jordan Commons, a mixed-use development with a ten-storey office complex, a number of restaurants, and a twenty screen, world-class theatre. Its theatre ranks in the top five for weekly national sales, outdoing markets in Los Angeles and New York. The theatre has earned recognition for being the top-selling theater for premieres including Harry Potter, Twilight and Lord of the Rings. Jordan Commons is accessible via I-15 as well as the Sandy Expo UTA Trax Station and has 240,000 square feet of leasable Class A space.

Adjacent to Jordan Commons is the South Towne Exposition Center, which is owned by the county and in high demand. Bringing conferences, conventions and consumer shows to Sandy, it is the second most visited Expo Center in the country. Its boat, auto, home and garden shows, average 40,000 to 60,000 attendees at a time.

With ample and free on-site parking, the Expo Center offers ten acres under one roof with 250,000 square feet of exhibition space and 130,000 square feet of meeting space. The centre is occupied for an average of over 260 days each year. The expectation was for it to take four years for the Expo Center to reach its millionth visitor, a feat that was accomplished in only eighteen short months.

Across the street from Jordan Commons you will find Rio Tinto Stadium, home to Real Salt Lake, Utah’s Western Conference Major League Soccer (MLS) franchise. The stadium seats just over 20,000 people, with 11,000 of those seats belonging to season ticket holders. Selling out virtually every game, Real Salt Lake has provided another team to rally around, winning the MLS Cup in 2009.

According to Duerksen, further efforts are being made to diversify and expand development. “The overall goal is that we want to be the very best suburban community that we can be,” he shares. “We really want Sandy City to be a full-service community, a place where you can live, work and play. We want to provide all types of housing; part of the Cairns project is really to help diversify our housing more.”

The Cairns Project is the rebranding and redevelopment of Sandy’s civic core, providing multi-family living. It is a transit-oriented development to address predicted growth in the community. The Cairns Project will provide quality high-density residential buildings and a number of amenities allowing residents to walk to work, shop, have dinner and enjoy the entertainment in the downtown neighborhood in which they live.

Hale Centre Theater will call Sandy home by 2017, bringing Broadway-style productions to The Cairns. One of the top not-for-profit theater companies in the country, it sells close to 300,000 tickets annually, with almost 23,000 season ticket holders, making it a very welcome addition to the city’s downtown core, as well as Sandy’s cultural arts.

The Cairns project aims at creating an urban core in a suburban community, helping to contribute to what Duerksen calls “a full flavoured environment.” The project will incorporate the South Towne Center Mall and will ensure easy highway access. With a twenty-year master plan, this 1,100 acre project is expected to have over a billion dollar price tag when finished. Ground recently broke for “The Prestige,” the twenty-five-storey residential development that is expected to be completed by 2016.

Continued growth is on the horizon for Sandy, and its elected officials are poised to foster and support that growth, maintaining high levels of services for its residents to enjoy. Leadership in Sandy has made sound, progressive decisions for the present and future of Sandy. “Our elected officials recognize that change is going to happen, and you can either just let it happen to you or you can plan for it,” explains Duerksen.

As Sandy continues to expand, it will provide the necessary infrastructure to support this growth and development, contributing to a strong vibrant community that offers residents a high quality of life with all the amenities of an urban center, located in the natural beauty at the base of the Wasatch Front. 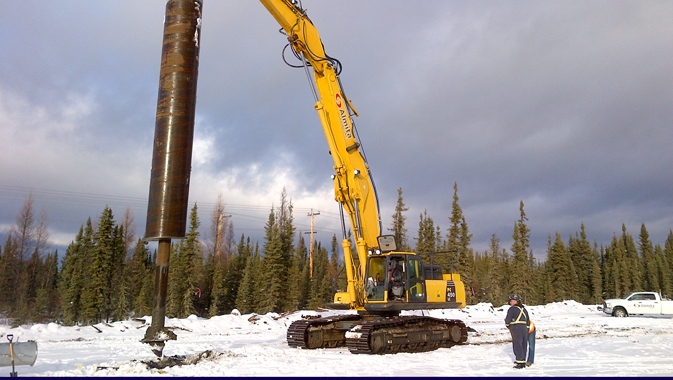