Beyond Your Expectations, Naturally 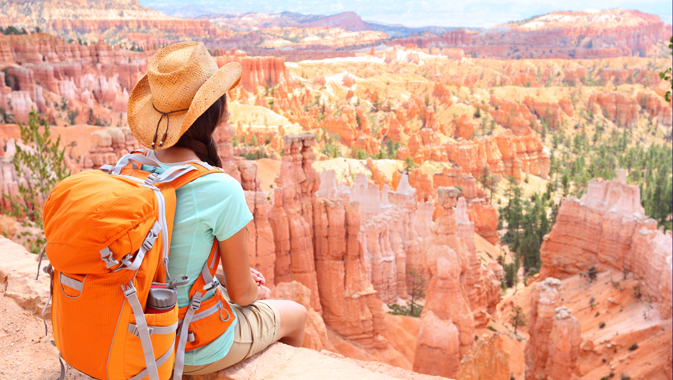 Somewhere between California and the middle of nowhere, with most of the state sitting at 4000 plus feet of elevation above sea-level, Utah, a Ute Indian word meaning “home in the mountain top,” has found a way to take full advantage of its natural endowments, especially its location amongst the Ulinta and Wasatch mountain ranges and the many lakes and meandering rivers that characterize the state.
~
Tourism is a major economic driver in Utah and contributes significantly to its employment and tax bases at the state and local levels. The Utah Tourism Industry Association metrics related to tourism in the state show great improvement in the results over the past couple of years in terms of number of visitors, the money they spend in the state, and the tax revenue they contribute.

In 2012, the number of tourists, both domestic and international, to visit Utah reached their highest historical levels, with 4 million skier visits, 6.3 million national park visits, 5.1 million visits to national monuments, and 5 million visits to state parks. Tourists spent a total of $7.4 billion and contributed $571 million to state tax revenue and $389 million to local tax revenue, for a total of $960 million.

In 2013, tourism generated $592.1 million in state taxes and an additional $424.7 million in local taxes for a total of $1.02 billion tourism tax revenue. Tourists spent a whopping $7.5 billion in the state, while accommodations reached a 59.1 percent occupancy rate. Tourist numbers increased to 4.2 million skier visits and 5.2 million visits to national monuments whereas the number of visitors to national parks remained the same. State park visits were down to 4.1 million.

Tourism is a major employer in each of Utah’s twenty-nine counties, employing 127 781 people in 2012, an increase of three percent from the previous year, and employing 132 000 people in 2013, contributing $3.7 billion in wages for tourism related jobs. Tourism has helped to grow the economies of rural Utah, also contributing to improved education, infrastructure and quality of life through tax revenue.

Utah is not only a great place to live, with one of the fastest growing economies in America, low crime rates, high rates of education, low unemployment, an abundance of natural endowments and a diverse range of beautiful landscapes – it is also a great place to visit, appealing to a large number of people who travel there for a number of reasons.

An outdoor enthusiast’s paradise
Utah is a playground for all seasons for outdoor enthusiasts and adrenaline junkies, as it is home to five national parks, 43 state parks, seven national monuments, two national recreation areas and one national historic site. Utah has 14 ski resorts and over 120 golf courses, as well as over 900 000 acres of national forest and designated wilderness areas. Utah’s natural elevation, land formations, mountains, lakes, and rivers provide the perfect backdrop for a variety of outdoor activities and adventures.

Each national park contributes something unique for domestic and international visitors to enjoy. Aptly named for its thousands of natural arches is Arches National Park. Bryce Canyon offers visitors the opportunity to see brilliant colored Hoodoos. Enjoy the sandstone bridges and many canyons in Capitol Reef National Park or the meandering rivers and cliffs of Canyonlands National Park. If deep canyons and steep cliffs are of interest, Zion National Park is sure to please.

Utah is home to a number of rivers, and for those seeking adventure on the water, Utah is a great place to visit. A number of river trips are offered including scenic, historic, archaeological, river lore, geological and environmental. Additionally, Utah offers up some of the best whitewater rafting locations in the world; from Class I to Class V rapids, there is something for everyone.

From the unique “sand waves” of the San Juan River, flat-water areas of Fisher Towers or Labyrinth Canyon, powerful rapids at Westwater, Grand Canyon and Cataract Canyon, to the infamous drops of Satan’s Gut, Little Niagara and Lava Falls, Utah offers up a great variety of adventures for the novice and the professional thrill seeker alike. For those who want to stay dry but still seek adventure, perhaps biking Slickrock in Moab is for you.

Many people visit Utah in order to camp in the wilderness, enjoying hiking trails, boating, fishing, hunting and even off-roading on ATVs. Each year, the Utah Division of Wildlife Resources stocks the state’s lakes, rivers and streams with 12 million sport fish. Flaming Gorge is a location that offers great fishing. With over three hundred sunny days a year, the weather in Utah makes it a great choice for tourists who want to get closer to nature.

There are many options for visitors to go horseback riding along one of the many scenic trails. There are also a number of outfitters that will equip visitors with the necessities to enjoy the beautiful landscapes, horizons and other aspects of Utah’s natural endowments on horse packing adventures. Visit or stay one of the state’s many guest ranches to get a true sense of the Old West in a modern setting.

In the winter, Utah is still a favorite for domestic and international travelers. Credited with being one of the best in access, offering some of the best snow (dry powder and groomed runs) and the best lifts, the majority of Utah’s 14 ski resorts are located within an hour of Salt Lake City International Airport, with Brian Head in Utah’s south only two and a half hours away from Las Vegas, Nevada. With a number of ski-in and ski-out accommodation options, Utah is a favorite for skiers and snowboarders alike.

Utah took the world stage when it hosted the 2002 Winter Olympics but it is also home to two professional sports teams, the NBA’s Utah Jazz and Real Salt Lake, which plays in the Western League of Major League Soccer (MLS). The state also enjoys six Division I NCAA university teams and the Tour of Utah, not to mention the many extreme sports which its landscapes support.

A showcase of culture, heritage and history
Utah is said to exude a balance of modernity and old world charm. Utah typifies the Old West and many prominent figures from the Old West called Utah home, including Butch Cassidy and Billy the Kid. Modern day cowboys can still be found ranching and Western-style entertainment is easy to find. There are many heritage experiences and adventures waiting to be had.

Explore one, or all, of the eleven Ghost Towns in Utah, and take in Cowboy Poetry or any one of the daily shows being performed state-wide. Utah is also home to a number of festivals including the Sundance Film Festival, Utah Shakespeare Festival, the Utah Festival Opera and many more. Recognized for its quality performance art and cultural events, Utah is sure to please even the biggest critic.

There is also an educational and informational side to Utah’s tourism, with a number of museums, galleries and historical sites to peruse. From Dinosaur National Monument, to Cedar Breaks, the Grand Staircase-Escalante, Rainbow Bridge and Golden Spike, to name a few, Utah’s National Monuments are must-see attractions.

Beyond the Old West, Utah is home to the Navajo Nation and the Ute People, as well as serving as the center of Mormon cultural influence. Temple Square in Salt Lake City is the sixteenth most visited tourist attraction in the United States according to Forbes. Similarly, Temple Square makes Utah tied with Israel for the most visited place in terms of faith based travel.

Whether visitors go to see the Temple, a massive edifice made from granite that serves as a worldwide icon of the Church of Jesus Christ of Latter Day Saints, the Salt Lake Tabernacle, which is home to the world-famous Mormon Tabernacle Choir and organ which boasts 11 623 pipes, or one of the many other sites including Assembly Hall, visitors centers, the museum, or one of the many parks or monuments, Temple Square is well attended and highly regarded.

Your home away from home in the mountains
Utah offers visitors all of the amenities a person could want, no matter the purpose of the visit, providing you with a home away from home in the mountains. Also known as a hub for transportation, for its strong education base, and its role as a center for business and industry, Utah is growing and fully equipped to support that growth. Utah also boasts a strong retail market with a number of shopping options for visitors to choose from.

Salt Lake City has been hailed as the center of the Craft Beer renaissance and the cuisine in Salt Lake City is renowned for its distinctive quality. After a busy day of taking in the sights there is no shortage of places to eat and lodging to choose from, including resorts and spas, hotels, motels, bed and breakfasts, RV parks and more. Visitors leave completely satisfied knowing that they have found comfort and hospitality, the perfect way to round off their visit to picturesque and adventure-filled Utah! 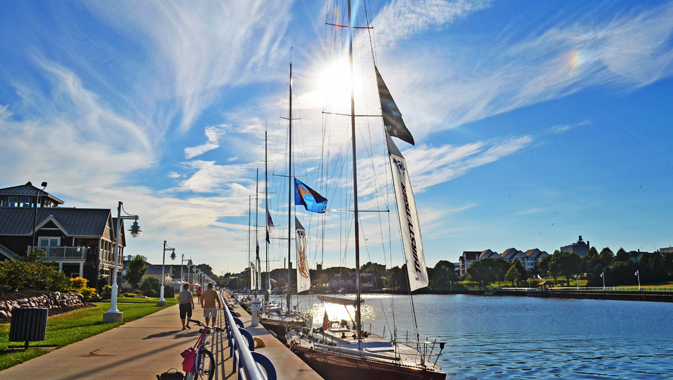