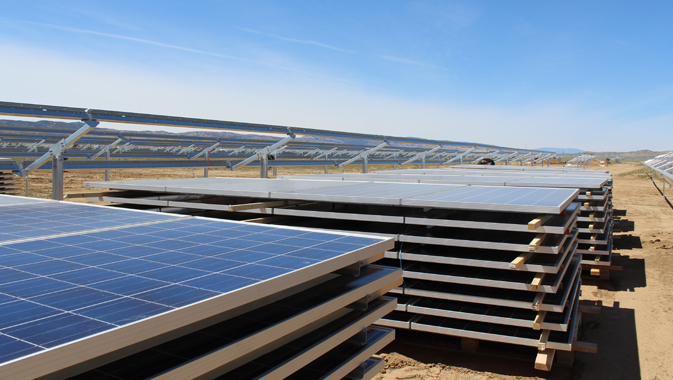 From its headquarters in Salt Lake City, Utah, sPower owns and operates more than 130 utility and distributed electrical-generation systems across the United States. Its project pipeline represents more than a gigawatt of power, and the company’s portfolio of operating projects spans multiple states including Arizona, California, Connecticut, Hawaii, Indiana, Massachusetts, New Jersey, New York and Utah.
~
Since its establishment in 2012, sPower has been committed to providing economically and environmentally responsible utility-scale solar power solutions.

The company is part of the portfolio of Fir Tree Partners – an innovative global investment company with $13 billion of capital under management. Jeff Tannenbaum, the founder of Fir Tree Partners, also sits on the board of sPower, demonstrating a personal and professional commitment to sustainability.

There are societal trends supporting the renewable energy industry. Consumers want sustainable energy options at competitive rates but without compromising reliability. In response to this reality, federal and state governments have created the Renewable Portfolio Standard (RPS), which requires energy companies to supply a specified fraction of electricity from renewable sources such as wind or solar. sPower helps utilities meet their RPS requirements.

Company CEO Ryan Creamer spoke about the company’s growth and what makes it so competitive. “Among the key reasons for sPower’s success is the company’s ability to provide our own construction period financing and equity financing,” he explains. “Additionally, ongoing relationships with influential and prominent global banks provide sPower access to incremental and substantive financing. Taking advantage of solar energy development federal tax benefits, as well as establishing long-term revenue streams via solar power purchase agreements also support our success.”

sPower builds strong relationships with landowner partners by working closely with them from the beginning stages of site discussions through to completion of the development. Because of sPower’s experience, track record and strong relationships with different industry stakeholders, the company can also move quickly through the process of obtaining permits and environmental approvals for the construction phases of each project.

“sPower prides itself on its successful history of working closely with local communities to build renewable energy facilities,” says Creamer. “sPower’s measured approach prioritizes the needs of local communities, landowners and investors without compromising the interests of utility companies and ratepayers.”

He credits the experience of sPower’s management for the company’s success. “We have a seasoned management team that understands the ins and outs of the energy business. We’ve taken projects from start to finish, created a network of private equity relationships and developed an accomplished team of clean energy experts in critical areas. We don’t just talk about projects; every day we are building more, bringing them online and generating revenue.”

sPower is one of the fastest growing independent renewable energy producers in the US. In 2012, sPower self-financed its first five projects and financed four projects through third-party tax equity and debt. By the end of the year, the company completed nine projects in the US (three in Indiana, five in California and one in New York).

Today, the company generates over 181 megawatts DC from more than 130 operational projects. It also has a construction pipeline of 1.7 gigawatts DC. The company’s rapid growth has come about in part through its merger with Silverado Power, a formal collaboration agreement with Camborne Capital to develop and acquire utility-scale solar projects in the United Kingdom, and its acquisition of Tioga Energy and Bosch North American operating solar assets.

In addition, sPower has engaged in a number of utility-scale solar projects with leading utility companies over the last year. One notable partnership is with California-based Hecate Energy. Their first joint initiative is a 162MWac named Beacon 1, Beacon 3 and Beacon 4 near Mojave, Calif. The projects will be designed and built by Hecate, then jointly owned and operated by sPower and Hecate. Groundbreaking for the project is scheduled for the third quarter of 2015 and an estimated completion date is sometime in 2016. When fully operational, the Beacon projects are expected to provide enough energy for more than 25,500 homes and reduce carbon emissions by more than 283,500 metric tons annually.

sPower has also partnered with Borrego Solar Systems. In 2014, sPower and Borrego Solar began construction of a solar project in Riverhead, NY. Upon completion later this year, the facility will have the capacity to produce 6.3MWac (9.1MWdc) of solar energy. Known as the Riverhead Solar Facility, this will be sPower and Borrego Solar’s second facility under a utility Clean Solar Initiative Feed-in-Tariff (FIT) program. The project is scheduled to be complete in May 2015. And in January 2015, sPower extended its footprint into international markets by partnering with Camborne Capital to acquire the Higher Tregarne Solar Farm. This is a 5MW operational solar PV project in Cornwall, England.

The company’s rapid growth has given the team a great deal of recognition. Recently, Creamer was selected to participate as a panelist in the CEO Roundtable at Solar Power International (SPI) 2014. This panel at the largest solar conference and trade show in North America was comprised of leaders from top solar power companies.

One factor that is impacting the solar industry is the Federal Investment Tax Credit (ITC). “The solar energy sector is an investment tax credit success story,” Creamer explains. “The growth the solar industry has experienced over the past decade, and the development within our industry, could only have happened with tax credits. We believe the tax credits will continue to play an important role going forward. While we know the day will come when the industry will need to stand on its own feet, right now it needs ITCs to continue the gains it has made. That is why it is critical that we come together as an industry and nation to extend the investment tax credit deadline.”

With or without the tax credit extension, Creamer feels sPower will continue to meet the expanding demand for alternative solutions. “We are well positioned in the market, because we have a track record of doing what we say we’re going to do,” said Creamer. “We do what is right for our community partners, our investors, our employees and our environment; doing so is fundamental to sPower’s success. This drives everything sPower does, every single day.” 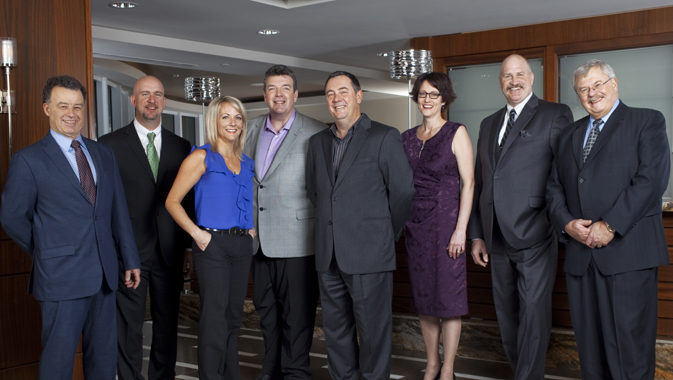