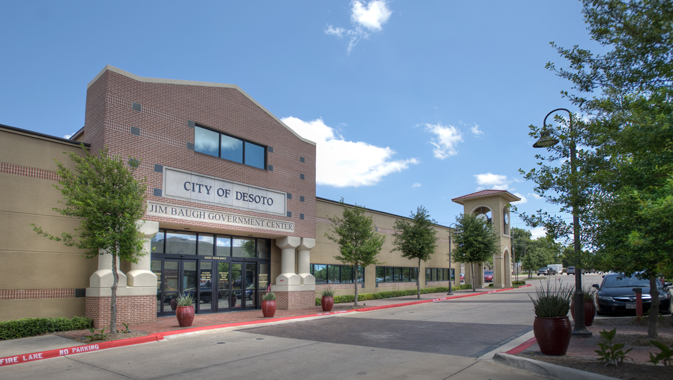 Known as the “Beacon City of Southern Dallas County,” the City of DeSoto, Texas is located just 15 miles south of Dallas. With its convenient location and low cost of living, the City has grown to become a great place to conduct business as well as a great place to live for residents looking to relocate to the Dallas-Fort Worth Metroplex.
~
DeSoto’s key advantages lie in its low-cost, building-ready land with lots of space available for companies as well as a skilled workforce and development plans that help businesses achieve maximum return on their investment. Additionally, DeSoto offers a wide variety of competitive economic incentives to help businesses grow and prosper. These incentives have helped DeSoto become one of the fastest growing cities in the area. The city has grown from a small town of 6,000 in the 1970s to a suburb of approximately 52,000 people today.

Another major advantage of DeSoto is its prime location. Interstates 20 and 35 intersect near the city, giving it lots of access compared to nearby cities. Interstate 45 is nearby, giving the city access to the Port of Houston 250 miles away, making the city an ideal location for distribution and logistical businesses.

“Interstate 35 is a major corridor that is also known as the ‘NAFTA Superhighway’ connecting DeSoto with other cities in Texas and Mexico,” says Jeremiah Quarles, CEO of DeSoto’s Economic Development Corporation. “And Interstate 20 is a major East-West highway connecting the city of DeSoto to other major cities. Our strategic location means that we’re ideally situated.”

In 2014, Questar Fueling opened a compressed natural gas (CNG) station DeSoto, taking advantage of its location along two interstates. “The CNG station in DeSoto is one of three or four in the state,” says Quarles. “It helps from a logistics standpoint because the large amount of truck traffic that passes through the city can use the station to refuel and go about their way.” The DeSoto station is Questar Fueling’s third public-access CNG development in Texas, joining sites in Houston and San Antonio.

For executive air travel, Dallas Executive Airport is less than a 10 minute drive away, and the Dallas Intermodal Terminal is also located nearby. Designed to support the growing intermodal truck traffic in the region, the Terminal provides quick access to surrounding areas. The Intermodal Terminal has also fueled the growth of distribution and logistical centers in the City.

DeSoto is in fact one of the oldest settlements in North Texas, with families first settling in the area in 1847. Curtis Parks, one of the first settlers in the DeSoto area, built his home in 1847. He came from Indiana with his wife Amelia. Around the year 1848, a man from Tennessee named T. J. Johnson built a general merchandise store near the “crossroads.” This crossroads was located where one road stretched from Dallas to a town called Shiloh, located to the South in Ellis County. Another trail crossed the road, running east and west, from Lancaster to Cedar Hill, which are now cities adjacent to DeSoto.

In 1881, a post office was established and the settlement was given the name of DeSoto in honor of Dr. Thomas Hernando DeSoto Stewart, a beloved doctor dedicated to the community. During those early years, DeSoto remained a farming community and very little changed until the 1940s.

After World War II the area began to grow. With the growth the community was experiencing, the people felt the need to incorporate, in part to improve upon the area’s water infrastructure. The City of DeSoto was thus incorporated in 1949.

DeSoto is located in a region of Dallas County known as the Best Southwest due to its location in the Southwestern part of the county. Other cities in the region include Cedar Hill, Duncanville, Hutchins, and Lancaster; says Quarles, “What’s good for the region is good for the city, particularly in the Southern Dallas region. We’re always communicating with other cities on a regular basis to determine best practices throughout the country and what companies to lure to the region.”

DeSoto offers a number of economic development initiatives to attract businesses to the city. For example, a 100 percent tax abatement may be available for up to 10 years on new real property improvements, machinery, and/or equipment for qualifying businesses that invest at least $1 million in new construction and equipment or expansion of their existing facilities.

One such new business is Heliport DeSoto, opened in 2014. The Heliport includes a 23,225 square foot terminal and public hangar and a 10,000 square foot private hangar with plenty of public ramp area. It also features a self-serve helicopter fuel farm for customers. Service providers that operate from this new facility include those in the areas of public safety, emergency medical services, corporate businesses transport, commuters, emergency preparedness, broadcast news media, utility / pipeline patrol, flight training, sales and service of vertical flight aircraft, and personal use.

Mr. Quarles believes that the addition of the heliport will enable the city of DeSoto to develop and grow its medical industry in particular. “We’re already known for advanced manufacturing and distribution facilities, but with the addition of the heliport, we want to attract additional medical and healthcare to the city,” he shares. “One of the fastest-growing hospital systems – Methodist Health System in nearby Dallas – is located close to the city, so the city has designated a Medical Corridor to fill available land with senior living, clinical and pediatric clinics, and other medical facilities. The corridor will help to support Methodist Hospital and its continued growth.”

Another major recent coup for the city was the announcement of New York City-based KTR Capital Partners’ purchase of a 96-acre tract in DeSoto. An affiliate of the company has plans to develop a substantial 1.6 million square foot speculative distribution hub. Once complete, the new distribution hub will be configured to handle bulk movement, with 200 foot truck bays and a wealth of trailer storage. KTR has already begun site work on the property, with hopes of finishing the project by the end of the third quarter of 2015. This project is slated to be one of the largest distribution projects in the region.

In a region known for flat prairies and grasslands, DeSoto is a notable exception with rolling hills and old-growth trees. Thorntree Country Club has taken advantage of this scenic backdrop and is known in the area for its challenging golf course. In a similar vein, the Windmill Hill Nature Preserve is a 75-acre preserve and hiking trail, and in 2001, was named the Best Urban Hiking Trail by the Dallas Observer. There are also numerous appealing subdivisions that take advantage of the city’s scenic landscape and have been very attractive for home buyers.

Future plans for the City include expanding retail opportunities. While the Dallas-Fort Worth Metroplex is known for its robust retail scene – retailers JCPenney and Neiman Marcus have headquarters in the region – many of the more well-known shopping centers in the area are located in parts of town far away from DeSoto. Quarles feels that the growth of DeSoto has attracted residents who want more retail options. “We are looking to redevelop existing retail and build an entertainment district in the city,” he shares. “We want to build more destination retail and dining to draw people throughout the Metroplex to visit and provide more options when it comes to retail and dining for the citizens of DeSoto.”

From its humble beginnings in the farmlands south of Dallas to a bustling suburb today, the City of DeSoto has taken advantage of its strategic location and beautiful scenery to become a great place to work and live. Quarles feels that DeSoto’s future is filled with growth and opportunity.

“We are true to our motto as the Beacon City of Southern Dallas County. Leaders can grow and be nurtured here and lead the city forward. Our community is engaged about everything going on in the city; people are passionate and want it to grow.” 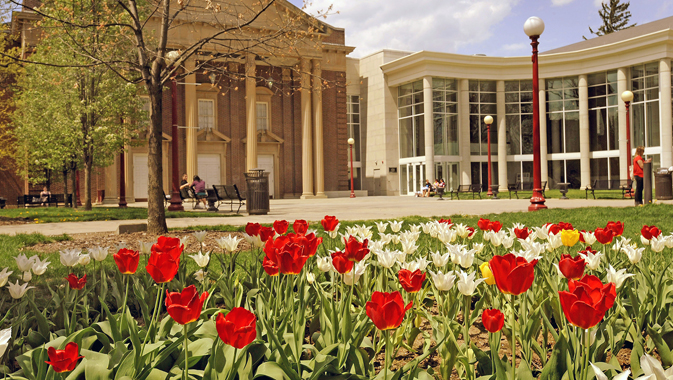 Powered for the Future