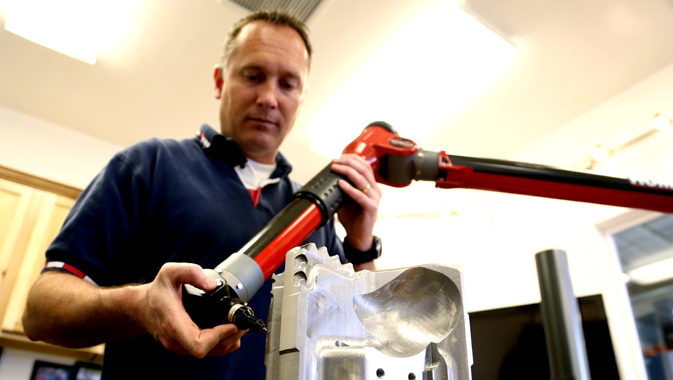 Superior Drilling Products, Inc. has a history of serving the demanding needs of oil and gas industries for over twenty years from its headquarters in Vernal, Utah. Through constant research, the company remains one of the most technologically innovative companies in their field. Superior Drilling designs, manufactures and remanufactures drill bit and horizontal drill string enhancement tools as well as remanufacturing polycrystalline diamond compact (PDC) drill bits for the oil and gas industry.
~
Superior Drilling Products is an industry expert in machining and tool creation and in PDC bit re-manufacturing, technology and design. The company is also behind one of the most exciting products to appear in the oil and natural gas sector in many years: the Drill-N-Ream. Created about three years ago, its Drill-n-Ream has become a tremendous benefit to the oil and gas industry.

The Drill-N-Ream, one of Superior Drilling’s best-known products, is used to condition a wellbore while drilling. It makes operations run faster, thereby saving manpower, valuable resources and money in the process.

The product is the result of precise planning, carefully-crafted design, research, strategic investment, decades of industry know-how and choosing the right people at all stages. To complement its research and development group, Superior Drilling Products has retained highly experienced individuals from outside the oil and gas industry.

By combining the two groups, the company has created a research and development team of ‘out of the box’ thinkers. Staff at the company are able to devise practical solutions for a range of client issues.

“We are able to provide really good direction to a world-class R&D group, using a focused management team that knows the issues, can sit down with our customers, talk the talk and walk the walk, and understand what our customer’s needs are,” says Troy Meier. “Know your customers, use your talents, and come up with an innovative way of meeting the challenge to fix their problems.”

Troy Meier, the company’s chief executive officer, co-founded the company with his wife Annette, who serves as chief operating officer, “and the one who really gets things done.”

Working with highly talented men and women, Superior Drilling Products’ commitment to research has helped the company achieve its status as a top provider of technology and world-class services to the resource sectors, says Meier, who is quick to credit the team of approximately 85 full-time staff for their effort.

With over three decades of oil and gas industry experience, Troy Meier got his start in his early twenties. Prior to co-founding his company back in 1999, Meier spent many years in the business, learning from the ground up.

In March of 1981, he joined Christensen Diamond: the leaders in the PDC bit business. Within three years, Meier was promoted to a bit fabricator specialist and was asked by the company to open up manufacturing facilities in Ireland, and later China and Venezuela. When the company was purchased by Baker Hughes in 1992, he opted to relocate to Vernal and started his own business in 1993.

Active in Superior’s design, research and development areas, Meier remains the company’s chief innovator. He creates, engineers and manufactures industry-specific machinery and processes and has a number of patent applications in the works. Having a passion for design since he became Christensen Diamond’s drill bit fabricator specialist at age 24, Meier continues to create innovative drill bits, centric bits, core systems, nozzle systems and other products.

“When we first started, we wanted our name to say what we did,” says Meier of the business, which began doing repairs. “We have now transformed into a manufacturing and rental tool business. So, not only do we perform that repair service for Baker Hughes, we also have a very high-end manufacturing facility that we started three years ago with the goal of bringing high-tech manufacturing into the oil and gas industry.”

Continuing its growth, Superior Drilling Products became a public company on May 23, 2013 (NYSE MKT:SDPI) and, less than a week later, acquired Hard Rock Solutions, LLC, which now operates as a subsidiary of the company. Acquiring Hard Rock and its Drill-N-Ream patent presented Superior with access to a large market through an innovative technology that enabled horizontal wells to be drilled faster and more effectively.

“Our specialty was PDC bits, and we added a manufacturing facility that does high-end steel manufacturing for various companies in the oil and gas industry,” comments Meier. “That led us into the opportunity to purchase the Drill-n-Ream, which is our first tool that we now take out to the end user: a tool that we produce and service out of our Vernal facility.”

A state-of-the-art wellbore technology with a unique reaming assembly, the Drill-N-Ream has been used in over 1,300 well drilling operations and in more than 850 horizontal wells since 2011.

“Drill-N-Ream is the gateway tool that is now allowing the innovation coming from our R&D and our manufacturing as we build up a customer base – build out a sales team – and we can now start putting these complementary tools into our catalog for our sales team to start to distribute.”

The Drill-N-Ream saves oil and gas and other drilling customers considerable time and money by greatly improving efficiency. Running behind the BHA to smooth the wellbore, the Drill-N-Ream leaves behind cleaner surfaces that significantly reduce wear and tear on the drill string.

Unlike traditional methods, the Drill-N-Ream results in much less drag, enabling more power to be delivered to the bit and resulting in a smoother bore. Available in a number of sizes, the Drill-N-Ream can also be custom-manufactured to fit any size hole.

A test carried out from mid-2013 to early 2014 saw Superior’s Drill-N-Ream used on nine of twelve wells in Stark County, North Dakota. All were done by the same operator, using the same rig, with all laterals drilled with two bits to an average lateral length of 9,500 feet. The boost in performance was dramatic with a 16.3 percent increase in rate of penetration achieved, with 13.9 percent less weight on the bit and 4.8 percent less surface torque.

“The operators always drive the service companies to help them reduce costs,” comments Meier. “We’ve got to drill wells faster; we’ve got to be more innovative in how we drill them and give us a better well bore at the same time. They essentially want a car that is much faster, gets much better gas mileage and is an incredible ride, and at the same time, they don’t want you to increase the drilling costs at all. It’s not a luxury item; it is an efficiency item for them,” he says.

“We believe 2015 holds some great growth potential, and Superior Drilling Products has a great opportunity to grow.” 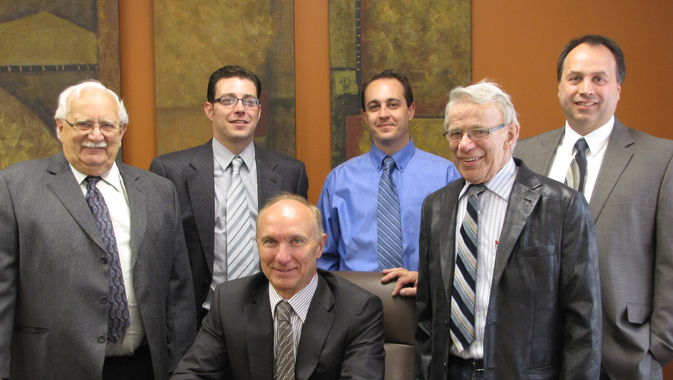