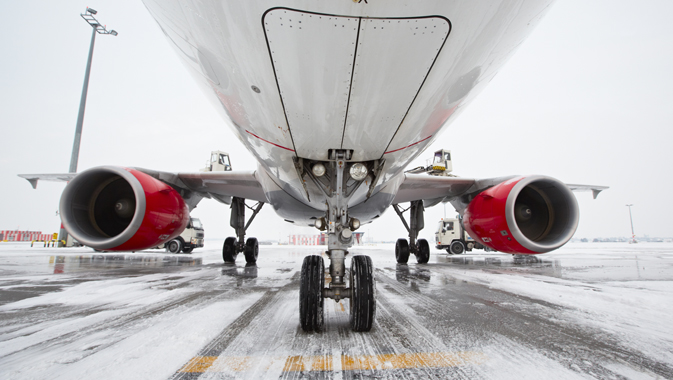 Braden-Burry Expediting is a logistics company that deals with some of the most extreme weather conditions in the world. This aboriginally-owned company, which specializes in serving the far north, has been in operation for four decades. The company performs expediting, supply chain logistics, project staffing and cargo handling services. We spoke with President Heather Stewart to learn more.
~
BBE started in 1977 with partners Max Braden and Rick Burry. The company began in Yellowknife as an expediting business. It would pick up grocery orders or supplies, put them on a float plane and send it to the middle of the Northwest Territories. From that time, through the eighties, the north was busy with a great deal of exploratory activity and the company became a vital connection for remote camps.

In the nineties, diamonds were discovered north of Yellowknife and the company was able to grow with the development of the first diamond mine. It set up a supply chain in the city and added supply chain logistics to traditional expediting.

“We consolidated and received all the freight for the mine in Edmonton, moved it to Yellowknife, put it on the planes and flew it into the mine site,” explains Ms. Stewart. “In some cases, we picked up little businesses here and there, but, for the most part, our growth was organic.”

BBE is now a full-scale logistics provider with a focus on maintaining the supply chains to the north. “What we are good at is linking anything south of 60 to anything north of 60. That is where we grow. Freight forwarding services, sealift consolidation services, etc.”

It is responsible for all the ground handling services out of Inuvik, including all of the connections with the jets, the loading, unloading and marshaling.

The mission of BBE is to make sure that its remote northern customers have a supply link to anywhere around the world. If a company has to go into the Arctic by water, land, air or even over ice, on frozen seasonal roads, BBE can perform the consolidation and logistics for that. “We are more of a multi-modal transit shop.”

The logistics aspect of the business is pretty evenly divided between the mining industry and oil and gas, but also spreads into construction and airlines.

When the resource industries slowed, the company found other ways of keeping busy. These times are when it depends more heavily on the freight forwarding business. It handles the cargo for fifteen to sixteen airlines between Edmonton and Ottawa.

Another of its diversification strategies was to get into the procurement business. In late 2014, BBE bought a little shopping company that now does procurement for mining customers, oil and gas customers and people who live in the communities it serves.

As Ms. Stewart says, “In terms of growth, some of it is based on development and what’s going on in the north, but certainly we are a scalable company and can easily expand when something comes off the charts and essentially stretches everyone’s capability.” BBE is very adaptable in that way and has positioned itself to be ready when the market picks up again.

Last year, BBE moved into a new cargo facility in Ottawa that virtually doubled its floor space. The facility handles cargo for Canadian North, West Jet and Cargo Jet flights out of Ottawa and does sealift consolidation and crating. “That has been a great business for us. Ottawa is a great market! Over time, we outgrew ourselves and needed more space, and Ottawa has provided that.”

It has also recently doubled floor space and moved into a brand new facility at the Edmonton International Airport that handles the cargo of eleven airlines. Ms. Stewart goes on to explain that, in the old system, people had to drive all the way across the airport, wait at Canada Customs, then drive back and tender cargo. Since the new building is adjacent to Canada Customs, they now just walk next door.

“Now a lot of the international air carriers are very excited about this,” Ms. Stewart shares. “It’s customer friendly. It’s great as a customs-bonded facility in both locations. We handle a lot of perishables, pharmaceutical products and shipments requiring cold chain management.” There is a great deal of food to be flown into the communities of northern Canada, and BBE has expanded cooler and freezer facilities in its locations to accommodate this.

BBE is known for out of the box thinking. Simply, the goal is to get its product from A to B on time and on budget. If an ice road goes out, clients still expect the delivery to take place. How can BBE direct a truck to the nearest airport in order to fly it to the site? Its adaptability is how it solves problems despite the harsh conditions that are frequently present.

Partnerships are vital to helping the company accomplish its goals and provide service to its clients. It possesses a multitude of partnerships and relies on many different carriers to deliver. It has transportation partners not only in the north, but all around the world.

Recently, it finished a project that supplied parts to Afghanistan for a helicopter company during the war. “They had a very difficult time getting parts through Dubai as they were held up at customs. In that type of situation, you need a little more reliability in terms of service.”

BBE found an amazing set of partners who were flying directly from the American Midwest into Afghanistan. The team used this service to move service parts throughout a four year period. “We moved their helicopters, blades and all their parts. That was absolutely a great piece of business where we found partners to help us to help our customers.”

BBE also has some great partners in different areas of the north. Some Aboriginal groups become partners in the region to offer logistics services, and it has helped BBE to expand and develop its service capabilities. People in remote communities do not often have the resources to operate independently, so a partnership enables them to take advantage of the business opportunities that arise in their region and start developing capacity.

Much of the company’s area of operations extends into disputed territory. When asked about how the Arctic sovereignty issue may affect business, Ms. Stewart explains that, “The sovereignty issue and the opening of the Northwest Passage gives us more opportunities based on accessibility – more projects that were really not always accessible before. Since 2008 there has been a lot of mining development that is opened up by Arctic shipping, so it’s great for business.”

In 2014, BBE won an NWT Business Safety of the Year Award from the Yellowknife chamber of commerce. This is an award of which the company is incredibly proud.

“We have our own private facilities in Yellowknife. We do our own aircraft marshaling and loading. So there is a lot of activity going on. Safety is, by and large, our most important feature of anything that we do. To be recognized and win an award like that has made us so proud. People had tears in their eyes for weeks.”

Braden-Burry Expediting has grown by recognizing the limitations of the industries it serves and adapting to the volatility. Ms. Stewart enjoys being a part of this organization and takes great pride in its accomplishments. It is a business full of challenges, but BBE embraces that and finds a way. “It ends up being quite an adventure.” 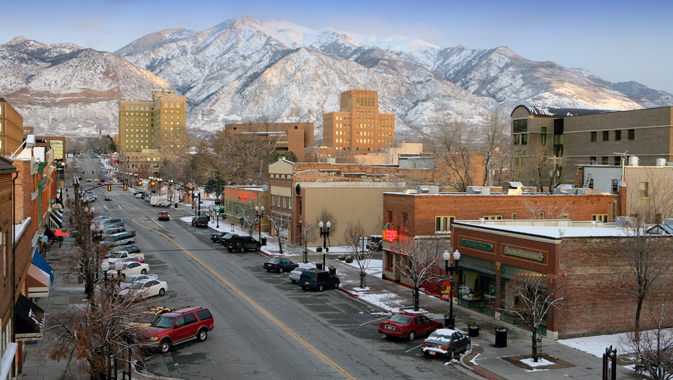