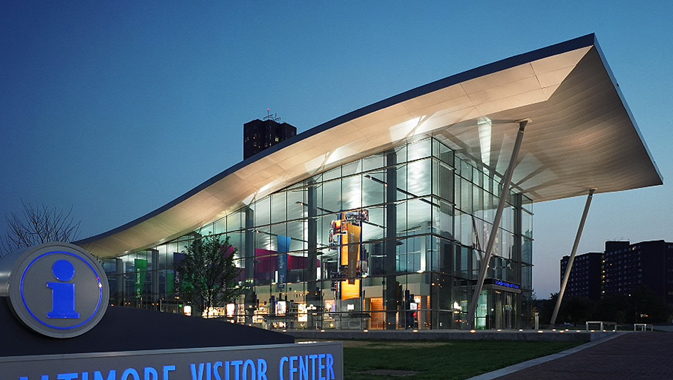 Roy Kirby & Sons have been building Baltimore and Washington DC for more than half a century. Founded by South Baltimore native Leroy E. Kirby Sr., the company provides general contracting, construction management and design/build services for institutional and commercial construction, renovation and historic restoration in the Baltimore-Washington area. Projects range from $200,000 to $25 million and typically fall in the $3 million to $20 million range.
~
After leaving Polytechnic Institute to help support his family during the Depression, Mr. Kirby landed a job as a runner for Consolidated Engineering, earning just 20 cents an hour, the Baltimore Sun reports. The determined young man worked his way up to field engineer and project manager before enlisting as a private in World War II. During the war, Mr. Kirby was sent to the Pacific Theater, where he helped build the famous Burma Road with the 848th engineers. After returning to America, he launched his own company with a partner in 1949. In 1964, the venture dissolved and Leroy established Roy Kirby & Sons, which has been in business ever since.

Roy Kirby & Sons worked on a wide variety of landmark projects over the years that are well known in the Baltimore area. The company also built major industrial buildings for General Electric, Westinghouse, and Grumman Aerospace. The team always had a knack for converting old spaces for creative new uses, transforming a shoe factory into classrooms, studios, and offices for the Maryland Institute College of Art and turning the Markland Kelly Buick building into an academic center for the University of Baltimore, says the Baltimore Sun. The team also converted two row houses in Baltimore into the company’s headquarters, incorporating a wealth of salvaged building material from previous jobs.

Throughout the years, Roy Kirby & Sons earned a reputation for customer satisfaction and quality that remains in place to this day. “The founder of the company believed that if you have a quality project, your client will come back to you, and he’s right about that,” says Vice President Albert Marlowe. This commitment trickles down to everyone involved in the job. “Our superintendents focus hard on making sure the sub-contractors excel.”

LEED Accredited Professional Jay Schaefer agrees. “One of the things that I appreciate about this place is the work ethic of the employees,” he says. “From the top down, we will work a tremendous amount of hours but everyone is very focused. It’s a very good team effort. That comes from the founder and his son, and is carried on by the current president and owner, Ron Lowrey. He presses that team dynamic and I think we pull it off pretty well.”

This hardworking team is also very experienced. “We’ve got some Guys who have done this their entire life, so we understand the market well,” Mr. Marlowe says. “I think that gives us a pretty good edge.” This extensive experience helps the team to excel at managing schedules, meeting deadlines, and maintaining budgets. “We utilize the talents of an experienced and capable professional team to make the complex construction process work smoothly for you,” the company summarizes.

Many construction disciplines are accomplished in-house using the company’s own employees. This ensures that Roy Kirby & Sons’ experienced staff members are at the helm of every project, giving them the flexibility and accountability to get the job done right. They also take care of a project from beginning to end. The team will work with clients, the client’s architect, and other consultants to provide advice on the availability of materials and construction process feasibility. Next, during the general management and coordination stages, the company provides an end-to-end solution to successfully manage the many moving parts of the project, including regulatory control over all contractors and ongoing guidance of all operations. Post construction, Roy Kirby & Sons makes sure that the building is ready for operation without undue delay. The company’s on-site management will handle everything from final inspections and preparation of certificates to assembly of all guarantees and warranties.

Roy Kirby & Sons has long been committed to sustainable building and was one of the first companies in the area to take on a LEED project. “We were ahead of it in the Baltimore area,” Mr. Marlowe recalls. The team had an opportunity to hit the ground running when they won The Roland Park Country School Athletic Center LEED Gold Project. “We actually hired a consultant because we had no LEED expertise at the time,” shares Mr. Schaefer. “It was shortly after that that the president of the company came to me and said, ‘I want you to take the bull by the horns; I want you to take this project on and learn and understand LEED.’” Mr. Schaefer did just that, becoming a LEED Accredited Professional (AP) and earning a place on the Board of Directors of the Baltimore chapter. In 2007, the company joined the US Green Building Council (USGBC).

The $13,643,558 million LEED Gold Roland Park Country School Athletic Center involved a large number of sustainable elements, the Roland Park Country School website reports. Energy efficiency is achieved through a green roof that absorbs radiant energy to keep the building cool, massive windows that provide ample daylight while minimizing heat transfer, a high efficiency boiler that heats the building and its water, and a cooling tower. The building’s roof captures rainwater and channels it to a 10,000 gallon cistern that feeds into the cooling tower to reduce reliance on city water. Native plants are used in the landscaping, which reduces the need for irrigation, and low flow fixtures improve water efficiency. In addition, local, reused, or recycled materials were used whenever possible, from the carpet, ceiling tiles, and the rubber mat on the running track to the countertops, cabinetry and steel.

Roy Kirby & Sons strives to maintain sustainable building practices on all jobs, even those that are not aiming for LEED certification. The team continually works to improve air quality, maintain cleanliness, and recycle materials. Some projects could actually qualify for LEED certification, but the client may prefer not to go through with the paperwork and extra cost. For instance, the student housing, dining hall, and library that Roy Kirby & Sons built for Washington College all use environmentally friendly geothermal systems. “They didn’t want to go after the certification, but they were interested in using sustainable practices in the design and building of the project,” Mr. Schaefer explains.

Times have been relatively tough in the Baltimore construction market; there simply haven’t been enough jobs to go around in recent years, leading to fiercely competitive bidding. “We are seeing a lot of smaller contractors bidding work that is going to be difficult for them to complete at the pricing,” says Mr. Marlowe. “So we, in turn, have gotten leaner. We have cut our margins and reduced our field force to some extent to help reduce the overhead. It is a challenging market.”

Fortunately, the team is starting to see a positive change in the market. “It is picking up somewhat,” Mr. Marlowe says. “A year and a half ago, we would put a bid in and instead of five to nine (companies) bidding, we were seeing 20 plus bidding on those jobs. Now we’re back to the eight to nine competitors these days, which is a good thing.” As the market continues to pick back up, the company plans to delve into negotiated work in addition to bidding. “Some of the developers are starting to loosen up a little bit and there is some opportunity there in the next couple of years. We are seeing more design/build as well, and we are trying to focus on that to a point.”

Whatever new direction Roy Kirby & Sons takes, some things will always stay the same. Just as they have since 1964, the company will continue to utilize a top notch team to deliver quality work. 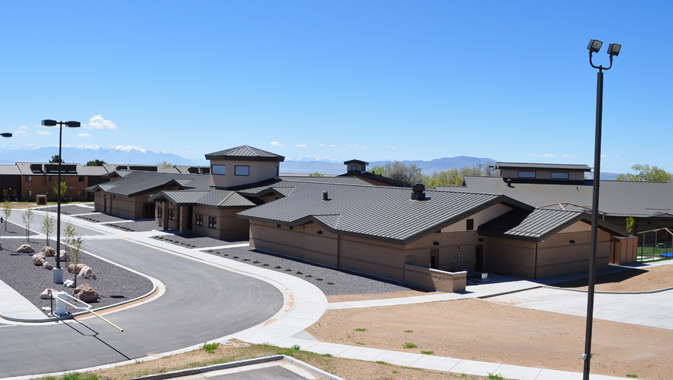 Doing What ‘Can’t Be Done’