Revelling in the Boom in the Friendly City 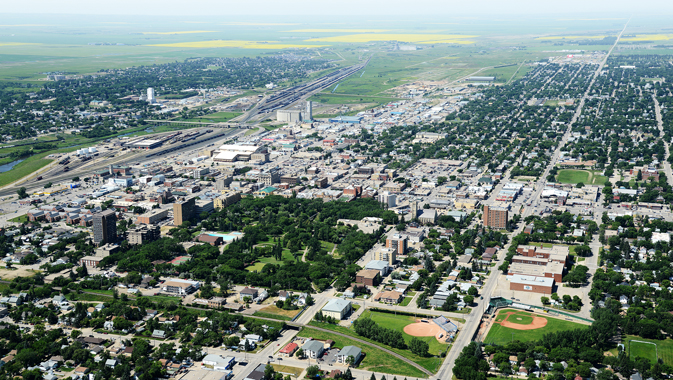 When one refers to Canadian cities, the impression that often comes to mind is of the large urban centres – Vancouver, Montreal or Toronto perhaps. To be sure, these are communities that have evolved to provide a wealth of resources in terms of amenities, culture and historical significance. Yet, smaller cities across this nation offer an equally inviting sense of place by providing the similar qualities that attract people to those large urban areas.
~
Such is the case for Moose Jaw, Saskatchewan’s ‘Friendly City’ in the heart of the prairies, with a population of 36,000.

“It’s a smaller city but also has the amenities that many people are looking for,” says Moose Jaw’s Mayor Deb Higgins. She indicates that many people are choosing to retire in Moose Jaw attracted by its larger city amenities. “We’re seeing lots of people choosing to move into Moose Jaw out of smaller communities and rural areas surrounding the city. That’s all good news for us.”

A good indication of a city in the growth phase is the increase in capital investment – specifically in the form of building permits. In welcome news for the city, Moose Jaw’s building permits have increased substantially from 2013, and 2014 saw a record breaking value of building permits issued for builds totalling at $131.5 million. “We’re up just over $35 million over last year (2013) in building permits,” says Deb. “2014 was a very good year for the construction sector and much of that work started this year will extend well into 2015. The building of the $27 million Civic Centre Plaza will also kick off in 2015 and add 70,000 square feet to our commercial retail inventory. Moose Jaw Refinery is investing over $400 million in major upgrades and expansions to its plant.”

Moose Jaw has a long history of vibrant sectors most notably the potash mining and agriculture sectors along with transportation, ag-value added processing, and tourism operating at full steam. There are a number of other current investment projects that are stimulating the local economy including the creation of new subdivisions, commercial and retail development, investment in the agriculture value-added sector and construction of the new hospital. “It all helps to diversify our economy and keep a diversified mix of investment activity happening in our city,” says Deb.

The building of Saskatchewan’s first greenfield mine in four decades located a short 58 kilometres north of the city and costing $4.25 billion to build is helping drive the local economy. “Construction of the new K+S potash mine, operational in 2016, along with world class giants like Mosaic Potash Mine, Yarra (nitrogen fertilizer) and Terra Grains (ethanol) are providing thousands of high-paying jobs – with our City’s Economic Development Commission working on strategies to attract more skilled workers to help meet demand.”

Speaking about the growing recognition of the agricultural value-added sector, Deb affirms that there is a great potential for pulse crops – chick peas, beans, lentils and peas. “Moose Jaw has always been known as a service centre for agricultural activity – both grain and cattle. Here we are in the middle of some of the best land in Canada.”

Another independently owned business in the agriculture sector is Simpson Seeds Incorporated. The special crops processor is one of Canada’s largest exporters of lentils and recently underwent an expansion. “It’s been a good year, and it just adds to the activity in the agricultural sector and adds to existing players in the market,” continues Deb. “More and more, we’re seeing increasing and growing opportunities as world demand continues to grow.”

The Five Hills Regional Hospital, Canada’s first new lean methodology hospital is currently under construction and will open in 2015. The hospital is a $100.9 million project that will offer patients more efficient services and improved safety. Deb says, “there’s a great deal of enthusiasm around the new hospital, and we’re really looking forward to having this facility located here in the city of Moose Jaw.”

Other projects driving Moose Jaw’s boom include Saskatchewan Power building a new transmission line from a switching station, east of the city, to Swift Current, located 175 kilometres west. Construction began in 2014, and is expected to be completed in a few years at an estimated cost of $73-83 million. Also Sask Tel’s Fibre to Business, a four-year (2013-2016) $32.5 million project for the construction of fibre infrastructure for the downtown cores of nine major cities, began implementation in Moose Jaw. By the end of 2015, 99 percent of homes in the city will be hooked up to infiNet.

The city also has long term plans for the replacement of existing infrastructure. “Moose Jaw is no different than any other community,” says Deb. “We’re working to be able to provide the services that citizens expect and want in a community so that we can move forward. We want to make sure we’re open and have the ability to service new businesses and residents as they move to the city,” she continues. “It’s a bit of a balancing act, but a good one to have.”

Additionally, “Companies are recognizing that transportation is excellent,” she says. “We have access to both national rail lines, Transcanada Highway and a major highway south to the United States. We’re in the vicinity of the Global Transportation Hub (GTH).” The GTH, located west of Regina, Saskatchewan, is scheduled for expansion and is Canada’s most efficient transportation and logistics hub for industrial investment.

However, shares Deb, “It’s interesting that small business still has a huge impact on the city of Moose Jaw. We rely on small business as much as we do the big players. We see many local and small businesses still tend to create a majority of jobs and provide that stability in the city and our economy on the long term basis.”

Saskatchewan Polytechnic’s Palliser Campus in Moose Jaw offers post-secondary education in business, hospitality, engineering technology and trades, proving to be instrumental in the city’s vision for the future.

The Palliser Campus works in conjunction with the Universities of Saskatchewan and Regina. Palliser Campus “has always been able to be flexible and to accommodate the needs of business and keep current in the training they provide,” Deb relates. “It’s very important when you have an economy that’s growing [with] opportunities that were unforeseen a few years ago are now in front of use needing a well trained workforce.

“With the highest number of tourist attractions per capita in Canada, Moose Jaw attracts over 700,000 visitors each year which contributes over $70 million a year to the local economy.” There are a number of things to do and see year round. The Moose Jaw Cultural Centre, a 400 seat complex, showcases talent from across Canada; the Western Development Museum has exhibits such as the Rail and Snowbirds gallery and tours of the city’s many heritage buildings and sites. There are also numerous skating rinks, swimming pools, parks and walking trails.

In 2014, Moose Jaw was chosen as one of the best small cities to live by Cities Journal, based on such things as quality of life, jobless rates, home prices, and the number of tourist attractions.

On being chosen, Deb reflects, “We have the amenities of a larger city… yet have that small town feel… I think that’s important for many people if you’re looking for a community to relocate to. It’s having that personal touch that’s important to many of us. I hope that’s something that we’ll never lose.” 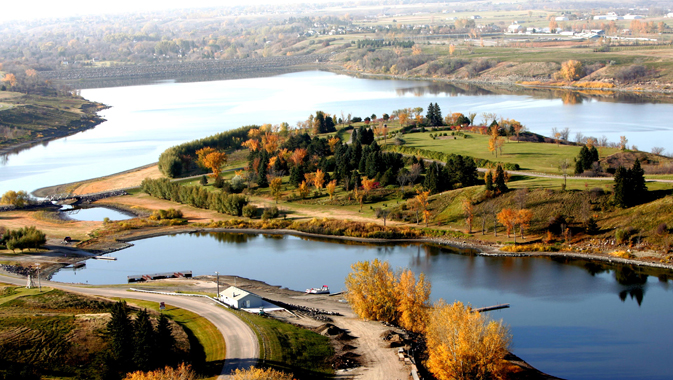 Ready for the Future

Revelling in the Boom in the Friendly City