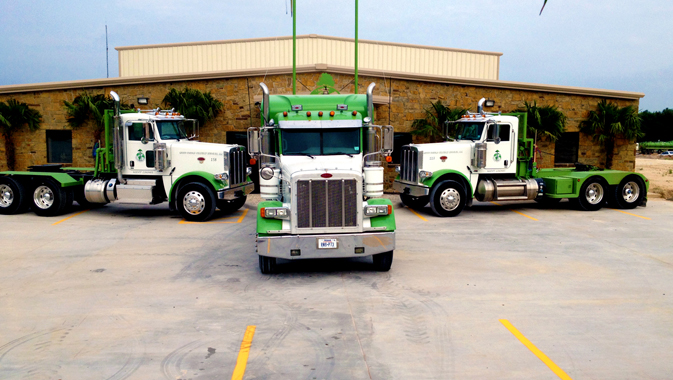 In December, 2011, the company broke ground on a 14,000 square-foot facility in Fairfield, which is now its corporate offices and a truck and frac tank yard. Operations began in June of 2012 and expanded to South Texas in late 2012 early 2013. Today, the company operates out of five yards in Texas; Fairfield, Marquez, Gonzales, Three Rivers and Asherton.

Green Energy Oilfield Services began with financial backing from Lone Star Financial Advisors out of Dallas, Texas, and all company equipment was ordered, purchased and delivered. Originally operating in the Freestone Trend, a natural gas producing area of East Texas, Green Energy Oilfield Services has since expanded to additional locations in the Eagle Ford area where activity is driven to a higher level by the oil productive zones of the South Texas region.

Green Energy Oilfield Services has quickly grown to a business with 250 employees, with seventy administrative support personnel, including safety supervisors and managers, in addition to its drivers.

Technology from Westport HD allows Green Energy Oilfield Services’ owned and operated vacuum trucks to be fueled by liquid natural gas (LNG). The company is the first with an LNG-powered fleet on such a massive scale, reducing emissions, costs and reliance on foreign sources of fuel.

The company’s winch trucks are powered by the same LNG technology as its vacuum trucks and move equipment such as frac tanks or mud tanks to customer locations.

The company’s frac tanks store drilling mud (drilling fluid) and intial production during the exploration process; its acid tanks are specially lined to store any corrosive fluids needed to complete the fracking process; mud pumps are used to pump the mud to and from various storage tanks during the drilling process; and gas busters are open topped tanks that allow gas to separate from liquid at initial production following fracking.

In conjunction with its industry partners, the company is also developing LNG-powered workover rigs which are mobile rigs that redo work on existing wells.

With the high demand for oilfield services, the company is now focused on improving the technology of the LNG-equipped fleet. The low prices of natural gas have given the company the ability to fuel its vehicles for far less than its competitors.

“Unlike diesel, we get to fill our own trucks,” Monroe said. “It’s less expensive than diesel fuel, at around $1.20 a gallon versus $4.25 a gallon for diesel fuel when the company started in 2012. So there is a cost advantage associated with our operations.”

With the recent decline in oil prices, Green Energy Oilfield Services’ cost edge has been somewhat affected, but Monroe says that the company still has an advantage over its competitors thanks to its fleet’s use of natural gas.

“Even at forty dollars a barrel WTI (West Texas Intermediate is a grade of crude oil used to set oil prices.), in these shale plays of Texas, they’re still making ten percent plus return in drilling wells,” Monroe said.

“You have 265 rigs operating in South Texas, drilling wells every twenty days. We provide services to drilling, completion, so the market still continues to grow in spite of prices declining from one hundred dollars to fifty dollars a barrel,” Monroe said, adding that while price declines may affect capital budgets in 2015, the company has not seen a slowdown. “There is an increasing demand for our services and that should continue. Our fuel costs give us a competitive advantage to ink out a higher margin than our competitors.”

Due to the unique nature of its equipment, Green Energy Oilfield Services has extensive training for its employees who may not be familiar with the systems involved. Initially a challenge, more training and experience has helped the company work out the kinks it initially had.

“Since we were the first company to have a dedicated LNG fleet, we were the guinea pig,” Monroe said. “Some equipment and tanks had some issues which we had to address.” Over time, the makers of engines and fueling systems for LNG have improved products to correct these problems.

“We had to correct those first and wait for a solution to be developed to make sure things were up and running,” Monroe said. “To get savings on fuel, we had to be prudent that tanks were appropriately filled and fuel wasn’t wasted. It was a rigorous process to control and deliver fuel to avoid losses and guarantee that the fuel would end up in the truck and run efficiently. There wasn’t anyone to ask, so we had to learn as we operated.”

Extensive LNG systems’ training was implemented to get workers up to speed. Monroe said the on the job training was important due to the demanding schedule that its equipment operates on.

“A down truck is not earning revenue,” Monroe said. “We are operating trucks 24/7 – running twelve-hour shifts with trucks. They refuel at our LNG station, and then they’re on to the next twelve-hour shift. It’s routine to run trucks twenty-four hours a day, seven days a week.”

To help cover this demanding schedule, Green Oilfield Energy Services has invested more capital in its trucks, purchasing 24 additional dual LNG tank trucks over the last year to supplement their original purchase of 60 single tank LNG tank trucks. Single tank trucks are equipped with 120 gallon tanks that give a 300 mile range and having dual tanks installed doubles that.

“Some applications are important because of distance and time, 24/7 seamless service,” Monroe said. “We don’t want to run out of fuel mid-shift before a twelve-hour shift is completed.”

All equipment in the fleet is equipped with GPS. With GPS on trucks, trailers and frac tanks, dispatch can be optimized and trucks can be constantly run efficiently.

An emphasis on safety and training has given the company a spotless record, driving over 10 million miles without an at fault DOT recordable accident since the company started.

“We operate on a safety-first culture as a trucking company,” Monroe said. “Since there is special training associated with LNG as opposed to diesel, there were certain activities we did, such as having workers use face shields and gloves in case of an LNG leak.”

Monroe is proud that not a single driver has got an LNG burn.

“Our dedication to safety shows that we can fuel trucks quickly, efficiently and safely. LNG vaporizes as soon as it hits the ground – even a leak does not create a pool – as opposed to diesel which requires immediate action to clean it up.”

Green Energy Oilfield Services has its eye on the future as it plans for expansion. Primary goals include expanding operations in the Permian Basin, buying additional equipment and further customer and geographical diversification.

“Customers in the Permian Basin have different needs compared to those in the Eagle Ford play,” Monroe said. “We want to prove ourselves and approach customers that we haven’t approached before and leverage off existing customers who can vouch for our services.”

Monroe believes good feedback from customers and dedication to service will help the company expand further.

“Every employee is a seller: whether they’re a driver, manager or a safety supervisor. From bottom to top, they abide by our core values and communicate that. Also, talk to existing customers to make sure they’re satisfied, we are committed to educating new customers to capture their business.”

Since its start in 2011, Green Energy Oilfield Services has grown with its unique, environmentally-friendly LNG fleet. Monroe believes that the company is in for the long-haul.

“To date, Green Energy Oilfield Services has actually walked the talk utilizing liquefied natural gas,” Monroe said. “Other companies have talked the talk but have not dedicated assets and resources. We have proven that even in the harsh oilfield environment, LNG has been successful. Our equipment is reliable and LNG supply is reliable. Operations can be optimized with lower natural gas cost. The US has a 100-year supply of natural gas and so supply remains plentiful. Even after LNG moves into the export market, there will still be sufficient supply to use for transportation fuel and to really get the balance of trade where it needs to be. Natural gas is a viable transportation fuel day in and day out.” 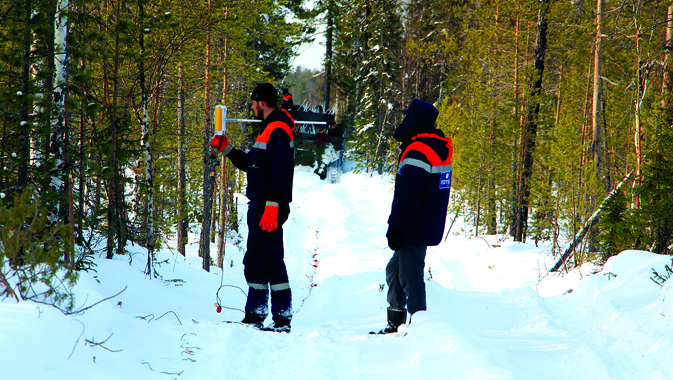