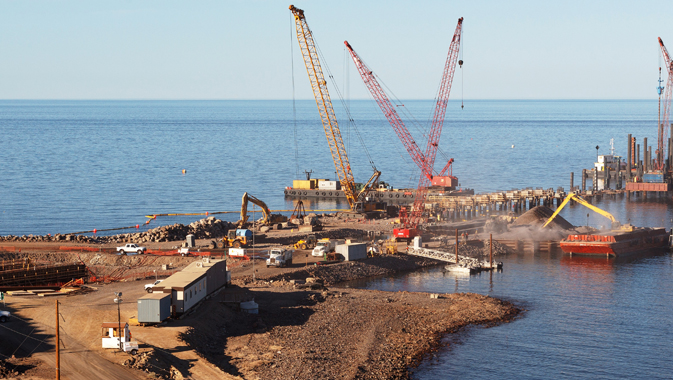 If you have been to Alberta or British Columbia, it is more than likely you have seen some projects Levelton Consultants has been involved in. From hospitals to event centres and from shopping malls to major transportation networks, Levelton’s fingerprints can be found on many renowned structures.
~
This past December, I had the opportunity to sit down with Nick Davis and Kale Wallgren of Levelton Consultants Ltd. to talk about this Company; the history, the services, and the community they are part of.

Levelton has been a Canadian leader in environmental, geotechnical, building science and materials services for fifty years, providing clients with consultancy services that are fine-tuned to fit the unique needs of the Western Canadian market. In the highly competitive realm of consulting, Levelton exemplifies the notion of quality over quantity – a breath of fresh air.

Levelton Consultants began operations in January of 1966 when Bruce Levelton, a chemical engineer, opened a small office in Vancouver where he was soon joined by Phil Seabrook, a materials engineer. As Mr. Davis, the current president, explains, “Those two really formed the nucleus of how Levelton is shaped today and what it’s based on.” The two highly specialised, and, moreover, highly motivated engineers set out to serve the Canadian market with services tailored to the specific needs of the local industry, and the company took off.

Fifty years later, and the company is now home to 220 employees with ten offices across Alberta and British Columbia providing services to Canadian and International companies in a range of sectors.

Differing from many of the other medium to large consultancy firms, Levelton did not set out to tackle every consultation scenario; rather, it decided to develop an in-depth expertise in specific areas that were of importance to the local market.

“We have specialized in four core disciplines that really lend themselves to local markets. The services that we provide complement each other; they are fairly unique to a particular site or development. That separates us from a more general consultant that provides a more prescriptive type of service to a development.”

Levelton is also set apart by its history which encompasses longstanding customer relationships, built over time. Local knowledge is an integral part of the company’s offerings, and a capability that cannot be easily replicated.

“Clients come back to Levelton because we still carry the value system as we did fifty years ago, which is: ‘Client service with integrity’,” explains Kale Wallgren, VP of Business Development at Levelton. “Levelton has maintained the same level of commitment to the community and practice.”

Levelton is one of the few consultant firms that has remained privately owned, as much of the industry is increasingly dominated by major multinational organisations. The decision to remain private is a major feature of Levelton’s success and one which is integral to its overall business approach. Remaining privately owned has allowed the business to retain the core values of the firm, thereby maintaining rapport and building trust throughout its client base.

The demands of working in Alberta and British Columbia are unique and challenging; the environment in the region can be particularly unforgiving, presenting issues for all those who choose to develop there. This is where Levelton comes in.

From infrastructure maintenance to LEED certification, hazardous material consulting to ground improvement, Levelton’s projects are multifaceted and often ongoing. Although the work of consultants is generally done behind the scenes, the work is of crucial contribution to the any major project. One look at Levelton’s work history, and this is abundantly clear.

With fifty years of experience behind it, Levelton has had a hand in thousands of notable projects over the years. A number of its endeavors are nationally renowned and some even awarded for their excellence.

Currently, Levelton’s environmental, geotechnical, materials and building science divisions have been involved in the design and construction of the Teck Acute Care Centre at the BC Children’s Hospital and BC Women’s Hospital. Working on the project since 2011, Levelton has provided multiple services from the demolition phase, to design review and will continue to deliver services throughout the construction phase.

The Teck Acute Care Center, which is to be completed in 2017, will provide a much-needed addition to an existing area hospital, aiding both adult and pediatric patients.

Another noteworthy – and possibly the most unique – project with which Levelton has been involved, is Vancouver’s Science World. This Vancouver icon, originally created as a temporary structure for Expo 86, needs constant care and attention to maintain the geodesic dome. Science World has been part of Levelton’s portfolio since 1985.

Levelton’s work can also be seen in the new Port Mann Bridge, an award-winning project in Vancouver, on which the Company provided services from the very start. The Company also provided Quality Management for the Owner for the BC Place roof replacement project, which hosted ceremonies of the 2010 Winter Olympic Games.

Levelton Consultants is the illustration of local industry done right. By focusing on what the experts at the company know best – the Canadian market – the firm has grown organically and now reaches far beyond Alberta and British Columbia. In recent years, Levelton has played a part in projects across Africa, Asia, South America and the United States – evidence that a global footprint is achievable via local means.

Mr. Davis emphasises that Levelton’s growth is the result of not only the firm’s understanding of the Canadian market, but the Canadian market’s desire to work with a local provider. This synergistic relationship, which supports home-grown development, has continued to drive Levelton’s success both nationally and internationally. 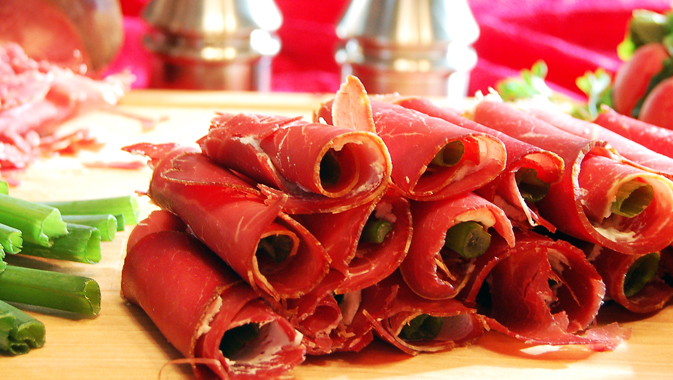