Come See All Our Colors

The City of Green Bay, Wisconsin 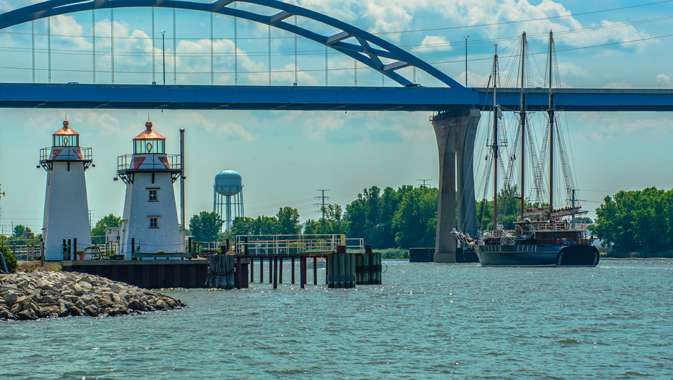 What is the first thing that comes to mind when someone mentions Green Bay? For me, it is images of the Packers, one of the most storied franchises in American football. This is followed by Cheeseheads – its undying fans – and beer. No doubt, it sounds like a fun city!
~
Green Bay, with a population of 105,000, is by far the smallest market in North America with a major league sports team. That said, historic Lambeau Field, which has undergone $455 million in renovations over the past ten years, is the third largest stadium in the NFL. Football is a huge part of this community, and its thirteen NFL championship titles set the record for most championships won by any American football team.

There is, of course, a lot more to Green Bay. With almost $200 million in development underway or about to start, the city is experiencing a renaissance thanks to a rejuvenated waterfront, burgeoning cultural and arts scene, strong neighborhood associations and a fervently business friendly environment. Business in Focus spoke with Green Bay’s mayor of twelve years, James Schmitt.

It made sense to start with some questions about the legendary sports team that hails from this city. So we asked, why is the team called the Packers? Mayor Schmitt didn’t skip a beat, sharing that, “Back over ninety years ago, there was Acme Packing – which was food packing. We still do a lot of food processing, and that’s the guy who founded the team and called it the Acme Packers for packing meat, which eventually transitioned to the Green Bay Packers.”

Its loyal fans are just as legendary as the team and are affectionately known as Cheeseheads. The nickname, referring to a person from Wisconsin, came about as a result of the state’s famous cheese production. “I have a Cheesehead in my office,” says Mayor Schmitt of the cheese-shaped foam headgear worn by Packers fans. To be sure, such a symbol speaks to the strong relationship that has been forged between the Packers and the broader community.

While the ‘cheesehead’ nickname is a playful gesture, dairy, and food in general, is serious business in Green Bay. Last fall, Schreiber Foods opened their corporate office and global technology center in the heart of Downtown Green Bay. With over $5 billion in international sales, they are an important job creator for the city. As the mayor says, “You can call us Cheeseheads anytime!

Rivalling the fame of its cheese is Wisconsin’s beer production and in fact, the Green Bay area is home to 12 wineries and microbreweries. Titletown Brewing Company just completed an expansion and redevelopment in the downtown core. “We manufacture a lot of beer – and coupled with cheese and football – there is your Sunday,” the mayor says with a laugh. “It is certainly a major part of our industry.”

Such quality food and spirit offerings are enjoyed outside the Green Bay area as well, and export and transportation logistics comprise another economic strength of the city. This field is exemplified by logistics company C.H. Robinson Worldwide, Inc., which has also moved into downtown Green Bay.

The revitalization of the downtown core has been a major vision of Mayor Schmitt. When he was taking his kids to see different colleges, inevitably they would look at the downtown areas near the schools. It tells a lot about that city’s priorities and beliefs. Green Bay has worked to ensure that it has the right amenities and standards that people appreciate.

“The downtown is the heart of the city and Green Bay’s downtown has enjoyed a rich and diverse history,” says the Mayor. “A strong downtown pulses opportunity and success to the surrounding neighborhoods and business corridors. We have worked hard to emphasize redevelopment in the Downtown in order to meet the changing needs of businesses and residents. A community is judged by its downtown.”

The City Deck along the river perfectly illustrates the changes that the downtown revitalization has brought. A one block section along the Fox River has been completely transformed from a back-of-house industrial area to a marquee public space framed by new offices, residential and commercial uses.

“We added from there and constructed the riverwalk, opened a children’s museum, expanded the convention centre and restored the historic Meyer theatre. With these types of uses and amenities companies – like Associated Bank, which relocated five hundred jobs downtown – it feels like we are getting where we need to go and that’s a credit to a lot of people in this city.”

Indeed, the mayor had spoken of these changes before he even ran for office. While in the private sector and travelling, he enjoyed analyzing other cities. “We are the third largest city in the state and my philosophy was: ‘Let’s start acting like it.’ In the past 12 years, we have elevated a lot of areas in our community, from education to amenities, to businesses to housing.”

Last fall, as part of the improvements in education, the Leonardo da Vinci School for Gifted Learners opened downtown. It offers a challenging and unique curriculum that serves academically gifted students from kindergarten through eighth grade and is a regional draw for many families.

“Any community that is going to be successful and sustainable needs to offer a plethora of education. The Green Bay area is home to the University of Wisconsin Green Bay, the Wisconsin Medical College and Nursing College, and Northeast Wisconsin Technical College. These institutions play a critical role in training future employees for our local businesses and industries.”

The University of Wisconsin – Green Bay supports city businesses with its research, whether it is in food sciences or in health care. The city will be stepping up its research industries and hopefully turning that research into patents which in turn will develop into small businesses. “There is no magic to that equation, but that is something that we are looking at doing here that we think would be healthy.”

There is a well documented trend of people moving from the vehicular oriented suburban environements to pedestrian scaled urban environements in order to regain a quality of life that requires only one car, less maintenance and more community involvement. Green Bay is prepared for that trend, with over 200 free events downtown every year. This includes farmer’s markets, music, water ski shows, and ice skating in winter. “We are finding that when the kids are gone and out of college, a lot of people want to get more engaged with community-minded people, and they choose to live downtown,” explains Mayor Schmitt.

“The expanding convention center will provide state of the art facilities and technologies. The downtown location means that visitors and convention goers will have easy access to shopping, dining and lodging. It’s a very walkable community down here. Everything we are building is now market based.”

With all of this activity, retail interest is booming and companies are inquiring about available space downtown. “We really enjoy seeing all of the specialty boutiques downtown.”

With an eye toward economic diversification, Green Bay has also decided to expand on what it already has in place; healthcare is one of its strongest industries. The city has some core hospitals and landed a new (and not yet fully staffed) veterans clinic about a year ago in a $60 million deal. “There is so much in the healthcare industry that continues to grow… and we are excited about the investment potential and spinoff into the wellness concept,” shares the Mayor.

International opportunities are also being looked at in Africa and Asia, and products or services that Green Bay can make or offer far outside the state or the US are being examined for potential growth. “I would like to see this city and our community come together and really concentrate on stronger international opportunities,” says Mayor Schmitt.

“Talk to any mayor, and they will tell you that they have the greatest city, but I think we really do here,” he says. “We have a lot of community pride – and some of that goes back to the Packers, but Green is not the only color in Green Bay.” Indeed, from its rich history, to its thriving economic and educational opportunities, to its authentically-Wisconsin food, beverage, and cultural offerings, to its community members who enjoy true pride of place, there is a veritable rainbow of colored feathers in this city’s cap. 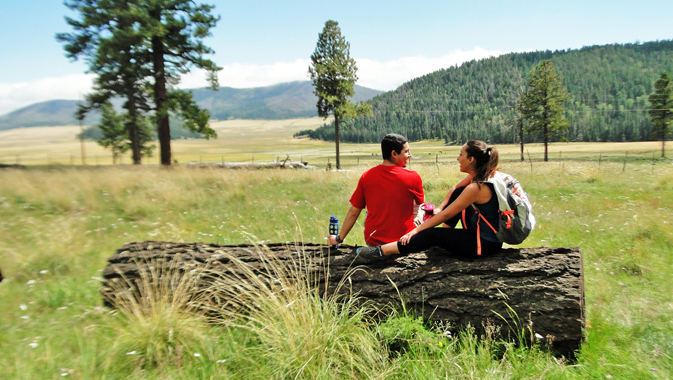 Come See All Our Colors