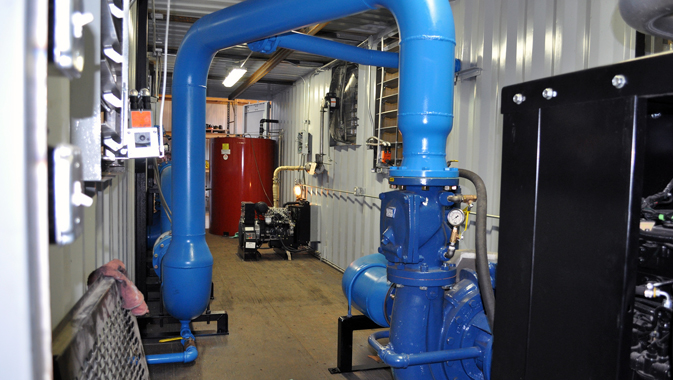 Total Equipment Company (TEC) has distributed and serviced fluid and air handling products for the last 30 years. “We support all industrial industries in West Virginia, Western Pennsylvania and eastern Ohio,” explains Vice President Chuck Gerbe.
~
With locations in both Pittsburgh, PA and Charleston, WV, the company enjoys a regional presence and a scope of services that has grown dramatically in recent months.

TEC’s activities break down into four primary segments: the metals industry; the water industry, including municipal and industrial water as well as waste water treatment; process industries such as pulp and paper; and the energy sector, which includes oil, coal, and power generation. The latter segment has taken off in recent years, rocketing the company to a new level. “Five years ago nobody knew what shale was,” Mr. Gerbe recalls. “We had been an industrial equipment supplier that sold pumps and air compressors, but as the Marcellus development started to take place we [realized] early on that we needed to pay attention, that it was a good opportunity.”

This early instinct quickly proved correct. TEC has managed to successfully take advantage of the local shale boom – and is enjoying record breaking expansion as a result. The growth has not been easy, however. “It took a couple of years for that transition to happen,” Mr. Gerbe recalls. “Initially, dealing with the energy companies was difficult because they relied a lot on their associates from other shale plays in other parts of the country. But as the market grew, they ultimately transitioned into hiring local talent that we had relationships with and that opened some doors. And once the doors opened, the floodgates opened.”

Now, TEC is actively involved in a wide range of shale related activity – downstream, midstream, and upstream. “We’ve been very successful,” Mr. Gerbe remarks. “Once our friends told us to pay attention and steered us toward the opportunities, they then introduced us to some manufacturers that we didn’t already represent. We established relationships with [new] product lines that have been very instrumental in our growth.” It took some flexibility and adjustments, but the team was eager to take the leap. “We had to adapt to what was happening around us,” Mr. Gerbe shares. “Once we saw the opportunities we learned about the requirements, sought out relationships with the people who made that type of equipment, and then established ourselves as a local representative for it.”

New gas processing operations, which are springing up across the region, are just one area of growth providing steady work for TEC. “They are in the middle of a gigantic infrastructure build out; it is on the order of billions a year in this region. There is a considerable amount of money being spent on an ongoing basis.” The boom has been going strong for the last three years and Mr. Gerbe predicts it will last for another three to five years.

TEC has also begun to focus on modularization and fabrication, since there is a need for these services in the oil and gas industry. In fact, the company has just commissioned a 15,000 square foot addition to its fabrication shop in order to keep up with the strong demand. “We would not have done that five years ago,” Mr. Gerbe points out. “It is almost exclusively for the oil and gas industry.”

The team is also taking advantage of the industry’s need for water. “The drillers and the completion guys need a lot of water – and the amount of water they need is going up every year because they are drilling deeper with longer lateral lines,” Mr. Gerbe reports. In response, TEC bought a $2 million fleet of pumps four years ago that it rents out to oil and gas operations. “That has been a big part of our business.” The company’s next step was to start producing its own pumps. “We got into the business of manufacturing larger pumps because what we were buying to rent wasn’t large enough,” Mr. Gerber explains. “So we started fabricating, designing, and building our own pumps as a part of our product portfolio.”

TEC has also gotten involved in a process known as air drilling, which is used in exploration drilling. The team started out repairing the equipment, and is now designing and building air packs and air drilling compressor booster stations. “That has been exciting. We now have a team of six people who didn’t work for us two years ago.”

Clearly, TEC has an uncanny ability to read the market and respond accordingly. Maintaining an active presence in the field has helped make this possible. “All four Principals in the company are active salesmen,” Mr. Gerbe explains. “We stay very close to the market. The four shareholders in the company are in touch with what is happening in the market early on and then we adapt, either through the service provider that we are offering, the product that we represent, or the value added services like packaging and fabrications.” The company’s size also helps. “Because we are a small company we are able to be nimble.”

TEC’s ability to adapt to the needs of the industry has been widely recognized. In fact, the company was named Industry Supplier of the Year by the Oil & Gas Awards for both 2012 and 2013. “We are doing something right. And we think we have a chance to win it a third year because of some of the new things we are doing.” What’s more, it looks like this is only the beginning. “It just keeps growing,” Mr. Gerbe reports.

There are some remaining challenges surrounding all of this growth, of course. Like many regions experiencing a sudden shale boom, the company sometimes struggles to find skilled manpower. “Finding local talent with the skill sets we are looking for is getting more challenging,” Mr. Gerbe admits. “We are not quite where North Dakota is, but hiring people is getting more difficult.” Competition for good employees is fierce, and other operations are quick to pick off talented workers if they can. “You have to make sure you keep your employees,” Mr. Gerbe points out.

As a relatively small company, TEC has been able to work around the problem by hiring people they know and trust. As a result, many employees are friends or family, a fact that also helps shape the company culture. “We are close knit,” Mr. Gerbe reports. “Everybody knows everybody pretty well.” As a result, people are more likely to lend a helping hand or go the extra mile for one another. “We all understand that we all need help from each other sometimes,” Mr. Gerbe explains. TEC is also an attractive place to work due to its competitive salaries, which help employees “feel like they are not only part of the work, but a part of the reward.”

The team is looking forward to another big year this year, and the to-do list is long and exciting. “Right now we are building bigger, more elaborate systems,” Mr. Gerbe reports. The company has also recently been certified to repair aerial compressors, which are commonly used at CNG stations, and has been contracted as a service provider for two local CNG filling stations. “We are seeing a lot of activity upstream, midstream, and downstream.”

Indeed, the company’s remarkable growth is expected to continue well beyond 2015. “We are optimistic for at least a decade of growth,” Mr. Gerbe says. “Five years ago that was probably just the opposite because the conventional industries in this region – steel, coal powered fire generation, and the chemical industry – were just declining. But we had a record year last year and will probably have another one next year.” 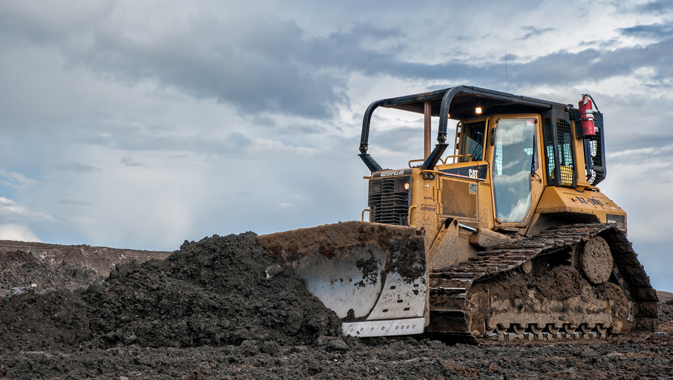