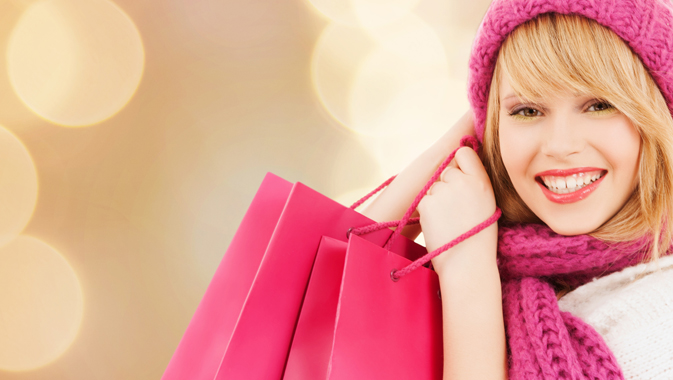 Whether you are focused on finding the perfect gift for friends and loved ones, or ensuring that you have the best holiday styles, festive trends and accessories, the 2014 holiday outlook for retail activity is bright. This season promises to be very competitive for retailers and consumers alike, with consumers expected to increase their holiday spending…
~
In September 2014, Accenture conducted an online survey of 500 U.S. consumers to gain a sense of what the 2014 holiday shopping season may bring. Of the respondents, 28 percent reported that they had more discretionary income and 22 percent were optimistic about their job security – though the economy still requires additional income growth to reach pre-2007 levels.

Consumer spending is expected to average over $700 for gifts this holiday season, as personal finances are showing promise, with one in four consumers planning to spend more overall. Many consumers are aiming to buy more high quality goods while paying less in 2014, with increased online shopping activity guided by research leading the holiday retail charge.

In fact, this season, 51 percent of Americans plan to spend half of their holiday spending total online. Of those purchases, 63 percent will be made on a laptop and 24 percent will be conducted via smart phone. Mobile purchases are increasing as people develop a stronger sense of trust in mobile security, and mobile commerce has increased 37.5 percent, representing 19 percent of total e-commerce activity.

Although spending will be up, in-store traffic will be down, the direct result of significant growth in e-commerce and online capabilities. Consumers are putting more time and research into their shopping and wish lists, starting their shopping pre-Halloween this year to ensure everyone on their list is satisfied, and doing so at the best possible price, with 96 percent of people in the market for a deal.

Though Black Friday and Cyber Monday promise to be blockbuster sales events for most retailers and customers, with enthusiasm for these shopping events reaching the highest levels that have been recorded in eight years, some market speculation exists surrounding whether these sales will produce the best deals of the season. Regardless of the speculation, 45 percent of Americans, as well as many international shoppers, predominately from Canada, will take advantage of Thanksgiving weekend shopping, with two-thirds of retail activity occurring on Black Friday and the other one-third taking place online.

On average, consumers will spend more than fifteen hours researching products online, referencing an average of 12 sources to do so. This will lead to a 93 percent purchase rate, predominately in-store, as 55 percent of people will make an immediate purchase within one hour of their search. A large proportion of people will wait a minimum of 24 hours before making their purchase.

Indeed, many consumers participate in “webrooming” and “showrooming” activities online to inform their decisions and to help them find the best deals of the season. Webrooming will result in 71 percent of shoppers browsing online and making their purchase in-store after the fact, whereas 68 percent of shoppers will browse in-store, then look for sales online to make their final purchase.

As a result of increased online activity, in-store traffic will be slightly lower than the previous year, though much effort is being taken by retailers to provide longer shopping hours and ensure shorter lines in the process, employing significant numbers of temporary, seasonal workers this holiday season to accommodate the holiday ramp up. Though in-store traffic is down, spending will certainly be up.

In 2008 the U.S. hired 325 000 seasonal workers. By 2013 that number increased to 786 000, with numbers expected to exceed 800 000 this year, the first time seasonal hiring will be this high since 1999. Toys R Us has announced plans to hire an additional 45 000 workers this season, doubling their total existing workforce in an attempt to meet the expected holiday demand. Similarly, UPS aims to avoid last year’s shipping nightmare as snowstorms in the mid-West as well as insufficient infrastructure and shipping bottlenecks prevented UPS, FedEx, and other postal services to fail to deliver 33 percent of Amazon, Kohl’s, Nordstrom’s, and others’ orders on time, which resulted in a number of disappointed people on Christmas morning. As 2014 promises increased retail activity during the upcoming holiday season, retailers will be increasing their distributive capacities as well as increasing their investments in infrastructure and seasonal employees to accommodate the increased demand. Retailers are also offering in-store pickup of online orders to ensure timely arrival and delivery of gifts this holiday season.

Multi-channel retailers will benefit from the ability to accommodate last minute shoppers. After price, free shipping is the second largest motivator for consumer purchases, as consumers are willing to save themselves a trip to the store, even waiting a number of additional days to receive their orders.

Last year, retailers overestimated consumer demand, a planning failure that had a large impact on profits. In 2014, it is likely that retailers will maintain a conservative inventory and lean practices to ensure a better profit outcome. Retailers are also faced with a short holiday season which has led to earlier launches of promotions and more aggressive advertising campaigns.

The propensity to start earlier this year comes as no surprise given that holiday advertising began immediately after the back to school sales ended in September. Though most of these advertisements were directed at children, already promoting the toys of the season, there is still great speculation that this season’s “it” toy has yet to be released.

Besides toys and games which can be found on 42 percent of this holiday’s shopping lists, the biggest wants of this season are gift cards and apparel, represented on 57 and 56 percent of wish lists, respectively. This season, technology and Disney’s Frozen are sure to please, especially with the new generation of Apple products leading the holiday charge.

New technologies are not only hot gift items; retailers are using technology to better connect the physical and virtual shopping worlds, reaching all demographics in the process. Retailers are aware that smart phones had an impact of $593 billion worth of sales in 2013 and have spent time and resources investing in mobile apps to better reach the online market, including beacons and visual search. Beacons are devices that retailers have adopted to provide timely and relevant in-store mobile advertising that communicate with consumers’ smart phones, using Bluetooth technology to send messages, advertisements, coupons or information. Subsequently, retailers can use this technology to collect consumer information. Over half of the top 100 major retailers are using this technology.

The second technology trend being adopted by major retailers is a photo app that provides pricing and inventory information. Target has a branded app of this sort, called In a Snap, which is compatible with the iPhone, iPad, and iPod Touch, helping consumers shop for Target’s products from the pages of magazines and printed ads without the need for barcodes, links, or a trip to the store.

As a result of this increased connectivity, online advertising has skyrocketed in importance, with retailers going to great lengths to reach the hundreds of millions of potential online customers. To get a sense of how connected people are to the internet, in 2010 the average time spent digitally connected was 3 hours and 11 minutes in a day. In 2013, that number increased to 5 hours and 46 minutes a day.

Whether retailers have taken full advantage of advertising opportunities, or if they have adjusted to meet the 2014 holiday demand has yet to be seen, but one thing is for sure – the 2014 holiday season promises to be an active retail shopping experience, both in-store and online, as consumers will stop at nothing to secure the best gifts at the best prices this holiday season. 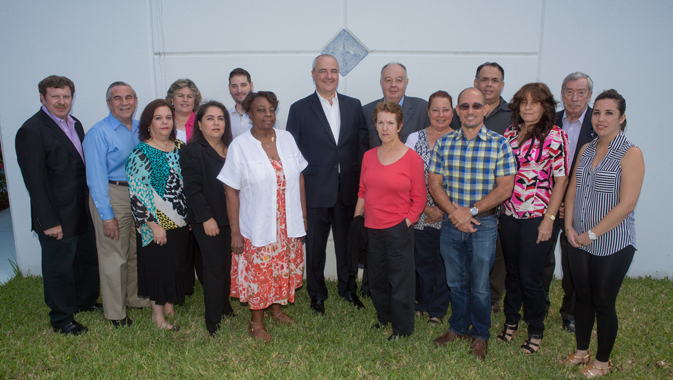