Looking Outside the Box 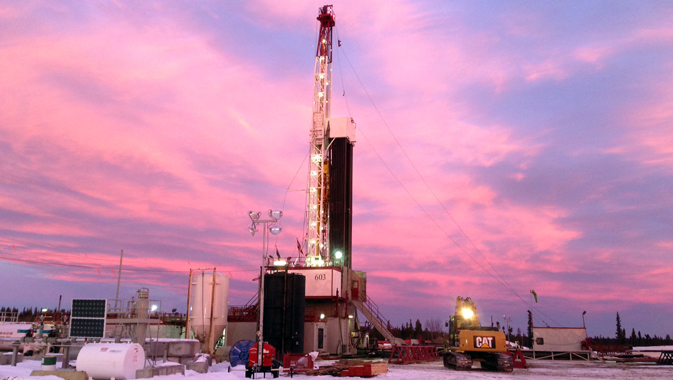 In any given gas producing area, conventional gas is but a small fraction of the available gas resources. While there is far more unconventional gas, it has traditionally been more difficult to extract…
~
Formed in 2007, Canadian based Unconventional Gas Resources (UGR) is focused on developing these unconventional resources in North America. The company has offices in Calgary, Alberta in Canada and in College Station, Texas in the US. It is currently in the midst of developing its portion of one of the biggest natural gas plays in the world: the Montney play. Business in Focus spoke with CEO Mike Gatens to learn more.

The roots of the company begin in 1997 with a Calgary-based company formerly known as MGV Energy Inc. (now Quicksilver Resources Canada Inc.) which Gatens co-founded with business partner George Voneiff. Their experience with unconventional gas goes back to the eighties. In 1996, they recognized that there was a lot of unexplored unconventional gas opportunity associated with the expansion of pipeline capacity in western Canada.

“We ended up having the first commercial coalbed methane (CBM) production in Canada before merging with and eventually being taken over by our successor company: Quicksilver Resources,” Gatens explains. In 2007, together with two private equity investors, a new company, Unconventional Gas Resources (UGR), was launched. Voneiff then moved to the US and established an affiliate office in Texas where he is also on the faculty at Texas A&M University.

“Prior to coming to Calgary, we were with a consulting engineering firm, S.A. Holditch and Associates, Inc. (SAH),” shares Gatens. Dr. Stephen A. Holditch, a globally recognized expert in hydraulic fracturing, ran SAH, which was acquired by Schlumberger in 1997. Holditch was on the faculty at Texas A&M and later became head of the petroleum engineering department. SAH was a high tech world leader in unconventional gas technology for tight sands, gas shales and CBM. Gatens served as Director and Vice President of the US Eastern Division in Pittsburgh when he left SAH. Several current key UGR employees had prior experience at SAH. “UGR is really an experienced unconventional gas team from a prior life,” Gatens laughs.

UGR’s goal was to evaluate multiple emerging unconventional gas plays in North America. With at least one significant play working out, the company would be a success. Since 2007, UGR evaluated a number of plays within the US and Canada, and developed positions in Texas, Alberta and British Columbia. Today, UGR has practically divested itself of its assets in Texas and Alberta to focus solely on its position in the North Montney play in British Columbia.

UGR first got into the northern extension of the Montney play in 2008, which was initially developed further south by EnCana and ARC Resources. “We and three other companies had overlapping positions in the North Montney area: Progress Energy, Talisman and Painted Pony. We drilled a number of expensive joint test wells to evaluate the potential of the North Montney.” The companies collected a tremendous amount of data and experienced encouraging test rates before going separate ways to develop their respective land positions. The four companies, through trades and swaps of adjacent lands, each aspired to operate its own land base, free of partnerships. Each company also grew its own land position through Crown sales. Progress later acquired Talisman’s position in the Montney. “We were fortunate to get into this Montney extension early and capture the opportunity. There is very little land left in the core of this northern extension.”

UGR’s land base in the North Montney is around 70,000 net acres with overlapping resource in three different Montney zones, Upper, Middle, and Lower, all proven by test drilling. UGR’s Montney resource is ~25 trillion cubic feet (Tcf) with recovery potential of 7+ Tcf. “UGR decided to go into early development in late 2013, and is executing a growth plan to grow production and define the ultimate development potential. We have mapped out about 100 prospective well pad sites for the next twenty to thirty years. We started one rig running in late 2013 and plan to start a second rig next summer. Our short term plan is based on a long term development program.” Currently, UGR has wells on eight existing jointly owned pads and has built five new 100 percent UGR pads that it began drilling in 2013. In addition, UGR is drilling some joint wells on an existing pad operated by Painted Pony.

A key element of UGR’s long term production plan is to ensure sufficient infrastructure is in place to manage the planned growth and get gas and liquids to market. Some of UGR’s Montney gas is liquids-rich, and will require processing facilities to strip the liquids before sending the gas into sales lines. Initially, UGR has chosen to work with midstream partners to help achieve its objectives. “We recently announced a deal with Calgary-based Kanata Energy Group Ltd to build a gas processing facility for liquids-rich wells for our southwestern lands. Kanata is nearing a completion on a facility which will handle up to 25 MMcf/D of our gas in January of 2015 with the ability to expand for handling greater volumes going forward. We decided to spend our capital on wells, rather than plants and facilities. In addition to Kanata, we also have relationships with Spectra and TCPL for getting our products to market. As we expand our growth to increasingly liquids-rich land to the north and east, more infrastructure will be needed and we need to explore all options.” The Montney play has proven to be both prolific and profitable in this area. Repeated favourable test well results provide the confidence to move forward with “de-risked” development.

As development has progressed, another important relationship for UGR is with its drilling contractor, Savanna Energy Services. “The crew on the rig working for UGR has become increasingly efficient over the past year. We have seen a reduction in drilling days and trip time, which results in savings to us. We have also worked with them to modify the rig and increase its horsepower. It’s a win/win situation.”

UGR has also been working with its fracturing service provider, Trican Well Service, to more effectively stimulate its horizontal Montney wells. Major design changes have been implemented in 2014 which are leading to better well production. UGR expects first month flow rates of 5-10 MMcf/D/well and recoveries of 6-8 Bcf/well; recent results indicate wells will be even better. UGR is also developing relationships with local contractors for construction, water sourcing and trucking, and other essential services. “There are a lot of moving parts to make complex projects like Montney development work; these third party contractors are an important part of our operation.” Future technology developments and best practice changes promise additional production enhancements and/or cost reductions.

“Applied research has always been a point of interest with UGR, given our prior history at SAH with Gas Research Institute (GRI) research projects and our pioneering efforts in developing Canadian CBM at MGV Energy. Investment in research and development is an investment in the technologies that will be used in the near-term and long-term. Presently, UGR is working with Dr. Anton Kuipers of the University of British Columbia (UBC) to seek out opportunities for applied research in the Montney play. “We are currently participating in a water study led by Dr. Steven Hallam of UBC to better understand the types of source and flow back waters we use in our fracturing operations.” UGR wants to continually improve the way it uses water in its operations. UGR is targeting 100 percent recycle of its flowback water which minimizes the need for new source water and reduces the costs for water disposal, creating a win/win.

UGR is also contributing data to a project at Texas A&M University being led by Dr. Duane McVay. Dr. McVay’s team is studying the way companies prepare cost estimates for drilling, completions, and production operations. They hope to develop statistical tools which can help companies prepare more accurate cost estimates, closing the gap between planned and actual costs. “This work is important, considering that the industry is going to be drilling thousands of Montney wells over the next couple of decades. We need to get better at predicting what we are going to spend for different tasks.”

Gatens has had a long relationship with the Society of Petroleum Engineers (SPE); he has served on the international board and is currently the chair of the SPE Canadian board. UGR recently collaborated with the SPE and American Society of Mechanical Engineers (ASME) on a liquified natural gas (LNG) workshop in Vancouver. It will be interesting to see the impact of LNG on the future of the natural gas industry in BC. For UGR, it is even more relevant as the Montney could be a great source of supply for LNG.

Funded by private equity, UGR is always open to a “liquidity event”, in the form of an outright sale, a merger, or by going public. Over the last several years, there has been ongoing interest in UGR’s assets, but thus far, no major transaction has occurred. “We have sold off some of our non-core assets to focus on the Montney. A preferred option for UGR would be an outright sale, but Western Canada has been a challenging market for the sale of gas assets over the last few years. Whatever option we pursue, growing our production and cash flow will increase our value and flexibility,” Gatens explains.

“It’s difficult to overstate our perception of the Montney as one of the premier gas plays in the world.” The National Energy Board of Canada (NEB) has estimated the Montney resource to be 4,200 Tcf, with 449 Tcf recoverable. With over 15 LNG projects being considered on the west coast of Canada, others realize this potential, such as Petronas (Progress Energy Canada), Shell, Exxon, and others. Recent activity suggests that investors outside of Canada are becoming aware of the Montney and its vast potential. With a 70,000 acre land base, 25 Tcf of Montney resource, and growing production, UGR is well positioned to maximize the value of its Montney assets. “The Montney is an incredibly large, attractive asset. We are optimistic that someday the world is going to wake up and like it as much as we do!”

Looking Outside the Box