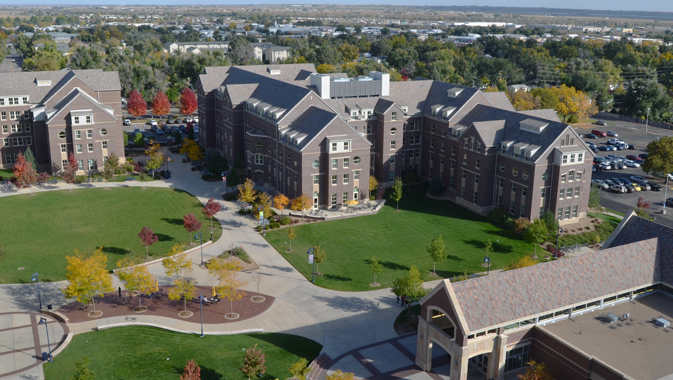 Recently ranked second in the nation for job creation by the Bureau of Labor Statistics, Greeley, Colorado is at the center of a major boom. “We have seen a significant change in our economic fortunes,” says Economic Development Manager Bruce Biggi…
~
“We have really grown up,” adds John Pantaleo, Greeley’s Public Information Officer. “We were a really small agricultural community – but that was 50 years ago. Now we have gone way beyond that.”

Today, Greeley’s population has shot above the 100,000 mark, making the Front Range community the largest in the area by far, as well as the site of a robust and well-rounded economy. Agriculture still plays a significant and lucrative role, but the energy industry has also moved in, bringing a wealth of new jobs with it and encouraging widespread economic activity throughout the area.

“Energy is a major industry in our community,” Mr. Biggi says. “We are located over the top of the Wattenberg Field, [which] has become a high value, high quantity producing oil and gas field.” Extraction has been made possible by the recent developments in horizontal drilling and fracturing technology “that is used to unlock resources from tight shale formations that exist 7,000 feet below the surface” – raising the community’s economic fortunes along with its oil and gas. This newly accessible underground treasure has attracted major companies like Noble Energy and Anadarko Petroleum Corporation, as well as a large number of smaller players involved either directly or indirectly in extraction, production, or transportation services.

Greeley is also an ideal site for renewable energy companies. “In Northern Colorado there is a very consistent wind energy that exists as a result of the unique geography,” Mr. Biggi explains. As a result, large wind farms are located north of the city, eagerly cashing in on the steady breeze and business friendly environment.

Greeley’s strong agricultural emphasis has also attracted a number of companies related to food production. “Weld County is the ninth largest agricultural producer in the United States based on the actual value of the food products being produced,” Mr. Biggi shares. “Our agricultural production has created a diversified supply chain, agriculture production, and food processing industry in our community.” Notably, food processing giant JBS USA is headquartered in Greeley. “It is the largest international investment in Colorado and the world’s largest protein provider… as you can imagine there is a complete supply chain that assists them in that process,” Mr. Biggi points out. “We are also home to Leprino Foods, the world’s largest mozzarella manufacturer.” Leprino’s cheese production facility is only two years old, and the company’s arrival has helped to spur on Greeley’s growth.

The list of related industries does not end there. Transportation is another key example of a related service industry benefitting from Greeley’s core industries. “We are transporting some pretty large, bulky, and heavyweight commodities in both the oil and gas and agriculture industries. So as a result we also have a complete transportation services industry associated with these producers.”

“Also, both agriculture and energy have a need for some manufacturing capacity so you will see a significant amount of product fabrication here in the community,” Mr. Biggi adds. These manufacturing operations support a range of needs, producing everything from agricultural machinery to the separation valves and storage tanks used in the oil and gas extraction process. Moreover, these local manufacturers tend to have an approach that sets them apart. “We specialize in creating unique systems,” Mr. Biggi explains.

In fact, innovation and creativity are hallmarks of the community. “Because we have a very long term agrarian economy and structure here, the workforce has an excellent work ethic with the capability to do some very innovative problem solving,” says Mr. Biggi. Self-reliance and a do-it-yourself attitude is simply a requirement of the industry, he explains. While working in the fields, “if something goes wrong they [the farmers] don’t just stop producing … They will figure out a work around so they can continue with their operation. We have a workforce that is extremely well developed in terms of their mechanical and their innovative problem solving.”

This agricultural-minded innovation applies to farm machinery and equipment, as well as more out-of-the-box concepts. For instance, one local company has developed an ingenious pill-like device that, after being swallowed by dairy cattle, will monitor their health to ensure high production levels and quality milk production. As a result, “they can be much more proactive, rather than reactive, in taking care of that herd. Agriculture isn’t typically known for those kinds of innovations, but you would be really surprised to see how innovative this industry is.”

The benefits of having a population with agrarian roots goes far beyond innovative abilities, Mr. Biggi adds. “This community has very admirable cultural values true to Colorado pioneers. Inherent to their values is a significant amount of honesty and integrity, productivity and stewardship – all good elements to have whether you are looking for a workforce or a management group, or if you are looking for reasons why you want to do business with people in the Greeley community.”

With so much to offer, it is not surprising that Greeley has enjoyed remarkably strong recent growth. The community’s booming construction sector offers clear evidence of the city’s ongoing expansion. “We have 259 single family residences and 328 multifamily residential units that have been permitted year to date. And we probably have at least that many or more in the pipeline, soon to be constructed. Our housing industry is on a very strong track.” Mr. Pantaleo adds that much of this housing is refreshingly affordable when compared to other Front Range communities.

Several new hotels are under construction or in the planning stages and a slew of new restaurants and stores are opening to accommodate the influx of people. “Once you hit the #1 charts in terms of economic growth, you really attract a lot of attention,” Mr. Biggi points out. “So we have seen a lot of fast casual restaurants, retail and other commercial service providers coming into the community.”

The city’s business friendly policies have helped bring in these – and many other – new businesses. Perhaps most notably, Greeley has a large enterprise zone that incentivizes business development through tax credits. “It has really helped us in attracting quite a few of the major industries in our community,” shares Mr. Biggi. The city has also been careful to prepare for the growth that it is encouraging. “We have done an extremely good job as a municipality in investing in the infrastructure that we need. We really have all the factors that you need in order to be successful in business.”

Greeley’s many newcomers are finding that the city has much more to offer than just business opportunities. “You’ve got to come out and visit us because once you do so you’re not going to want to go home,” Mr. Biggi insists. “We have a phenomenal location on the Colorado Front Range; we’ve got some breathtaking vistas and all the recreational amenities that Colorado has to offer. We are very fortunate in that respect.”

The state’s commitment to the great outdoors is clearly present throughout the city. “We have recognized and honored that outdoor recreation tradition, with a significant number of parks and trails. And we have a trail system that we are unifying with many other communities in Colorado; when it is done we will have a 46 mile bike trail that follows one of our major rivers.”

Greeley also boasts one of the oldest Philharmonic orchestras in the West (104 seasons and counting!), a state of Colorado designated Creative District, an indie art theatre, free outdoor concerts, annual festivals, a popular farmers market, the largest model railroad museum in the hemisphere, and the beautiful Pawnee National Grassland. The city is also known for its diversity. In fact, over 30 different languages are now spoken in the city’s public schools and the community is ranked 12th in the nation for tolerance by the Martin Prosperity Institute.

As a regional hub, Greeley has a top ranked medical center serving much of northeastern Colorado. In addition, the University of Northern Colorado – which includes the award winning Monfort College of Business – and Aims Community College provide plenty of educational opportunities.

Once a sleepy farming community, Greeley has grown up to become a major center for agriculture and energy – two industries that, when combined, provide a secure economic foundation. “Our community really does have a very positive future,” Mr. Biggi remarks. “And it is really due to the fact that we are strong in [both] agriculture and energy. As a society we are going to consume food and energy for a very long time.” Well-armed with these in-demand asssets, Greeley is perfectly positioned to continue its phenomenal growth and solid footing. 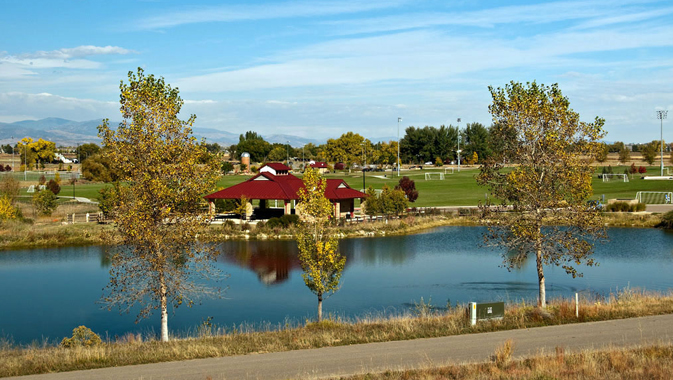 A Center for Innovation and Technology