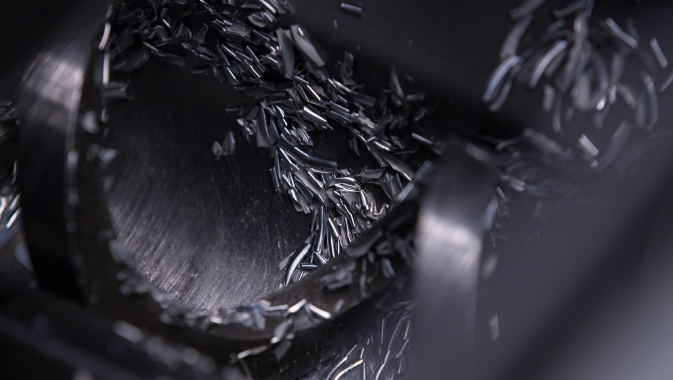 Last year, SGS Tool Company, a round solid carbide cutting tool manufacturer based in Munroe Falls, Ohio, was acquired by the Kyocera Corporation of Kyoto, Japan which employs around seventy thousand people across 231 group companies. The deal massively expanded the reach of the decades-old firm which is now called Kyocera SGS Precision Tools (KSPT).
~
“The Kyocera acquisition has given us many advantages. It seems like we went from being a pretty well-known privately held company with about three hundred employees to being a publically traded global power player overnight,” says Marketing Coordinator Tim Stephens.

Munroe Falls also houses a KSPT distribution center, a tool coating facility and Global Innovation Center for research and development and training and education. The company operates a sprawling network of additional facilities dedicated to the cutting tools which remove material from workpieces when making parts for manufacturing. These facilities were established long before the Kyocera purchase and include manufacturing operations in Cuyahoga Falls, Ohio.

Cutting tools made in Cuyahoga Falls include end mills, drills and routers. The medical manufacturing plant in Indiana produces stainless steel products including bone rasps and pieces for implants, among other specialty stainless steel medical tools. The regrind facility in California serves West Coast and Mexico clients, and the company offers regrinding in Munroe Falls also. The UK branch, which operates as a European headquarters and distribution center, focuses on specialty manufacturing, regrinding and coatings work as well.

KSPT also offers a proprietary software program called ToolWizard that provides guidance on the best cutting tool to use for a given operation. It has displayed this at the International Manufacturing Technology Show (IMTS) in 2016.

“Last year, at IMTS, we debuted the beta version of ToolWizard 2.0. This year, it’s coming out of beta. We’re launching 2.1 this summer with our brand new website,” says Stephens.

KSPT is currently building a technology hub in Danville, Virginia, in partnership with Danville Community College, The Institute for Advanced Learning and Research, The City of Danville, The State of Virginia, and Pittsylvania County, among other supporting organizations. The Kyocera SGS Tech Hub, which is intended to be a space for solutions engineering and next generation cutting tool technologies testing and development, is scheduled to be completed next spring. Until then, Kyocera SGS has been operating from temporary space at the Institute for Advanced Learning and Research.

“It’s a new project. It’s in its infancy, and we’re super excited about it,” says Stephens.

SGS Tool Company began in 1951 as a three-man regrind shop in Akron, Ohio and initially served the local rubber, mold and die industries. Over the years, the firm diversified into solid carbide tools and became quite successful. SGS formally incorporated in 1961 under Jack Haag, whose family owned the business until its sale to Kyocera.

The company’s longevity can be attributed to superior products and service and very loyal employees, says Stephens. Kyocera SGS’s chief operating officer, for example, retired in July after nearly half a century with the firm.

“We’re very fortunate to have great people. From a product standpoint, quite frankly, we make the best solid carbide tools out there, and once folks test the tools and realize the impact it makes on their manufacturing, they’re real hesitant to switch to anyone else. We love our distributors and have worked with [some of them] almost as long as the company has been around. We’ve been loyal to them; they’ve been loyal to us,” states Stephens.

“Everyone wears multiple hats,” he says of Kyocera SGS’s corporate culture. “There’s no hesitation to share responsibility. People here are really dedicated to getting everything shipped out the door same day – getting every email answered. It’s an incredibly committed group of people. The culture is very friendly and inclusive. We’re only a year outside of being a family owned company, and that is a dying breed in this country, that small family based ownership. The culture isn’t changing anytime soon, despite our new ownership. Kyocera is committed to maintaining a family atmosphere that encourages people to do their best and with great teamwork. You really don’t see that sort of culture commitment in other large companies in this space.”

The skilled manufacturing labor force across North America is rapidly aging, however, as fewer young people enter the field. To counter this trend, Kyocera SGS sends representatives to speak to high school students, gives plant tours to young people, hosts internships and generally tries to raise excitement about high-technology, highly-skilled manufacturing jobs. The company also reaches out to university students, pointing out the vast career opportunities on the corporate side of manufacturing.

Success in manufacturing, of course, centers on producing quality products. To this end, Kyocera SGS has ISO 9001:2008 certification and is “incredibly committed” to quality, says Stephens.

“The people who use our products, they have zero expectation of and zero tolerance for failure. So, we have to adopt that same mentality. It’s a little scary if you’re sitting on an airplane, wondering if a [part] is off. So, it starts when we buy raw material. We have a metallurgical lab in our manufacturing facility that inspects every raw material shipment that comes in. We’re picky. We have no problem sending raw material back if it does not meet our standards,” states Stephens.

Needless to say, Kyocera has a strong safety program too. “We have a director of environmental and product safety, and her job is all about the safety and operations in our corporate manufacturing facilities,” states Stephens. “We’re committed to being as environmentally friendly, and as functionally safe as possible.”

Kyocera SGS has achieved recognition for its products and service. In 2015, the company won the American Eagle Excellence in Industry Award from the Industrial Supply Association (ISA) for its work lowering cycle times and cost for a lift equipment operator. Three years earlier, SGS was one of a trio of firms to win ISA’s American Eagle Value-Added Partner Award for its efforts in assisting an aerospace manufacturer reduce the cycle time of a machining application.

Stephens says he is unable to discuss details of noteworthy projects with which the company has been involved. “We’re pretty protective of the confidentiality of the companies that use our products because there are a lot of trade secrets that go along with it.”

That said, he is happy to point to Kyocera SGS’s involvement in something called the Bloodhound Supersonic Car project. This project involves a UK-based group who are “obsessed with speed and are looking to set a land speed record … We’ve been partnered with them, and we’ve been helping them with a lot of their machine tool needs.”

Kyocera SGS also donates cutting tools to university mechanical engineering programs for various projects. These projects might involve building solar-powered or hybrid vehicles for a race, for example. Such sponsorships are a good promotional venture for the company. As for other promotional activities, Kyocera SGS is revamping its website and has a social media presence on Facebook, Twitter, LinkedIn and YouTube. The company participates in trade shows and career fairs, runs advertisements and sponsors events.

Kyocera SGS is always looking to expand its existing product lines, to continually meet the needs of end users around the world. The firm foresees a big opportunity in additive manufacturing, also called 3D printing. This is a process that quite literally ‘prints’ metal or plastic parts and components for manufacturing purposes.

Additive manufacturing technology “is still in its infancy. We really don’t know where it’s going to go, but there’s exciting potential there to increase the speed at which parts are made. It’s something that we and other solid carbide tool manufacturers will need to be a part of,” says Stephens.

He says Kyocera SGS’s biggest challenge is selling customers on the value of the company’s sometimes pricey tools. Pointing to potential long-term cost savings is a good way to win such customers over. “There are a lot of lower priced tools in the marketplace we compete against. When you look at the big picture of your machining operations, you’re saving money everywhere in buying our tool with industry-leading production times, and tool life. Its why we put such focus on “Value at the Spindle,” states Stephens.

“We’re continuing to grow. We have a really strong commitment to R&D and product development. We’re continually, especially with the new Tech Hub, looking into what’s next for manufacturing,” he says of the next five years. “And we’re very excited to continue to lead the development of this industry both in new products and in manufacturing standards.” 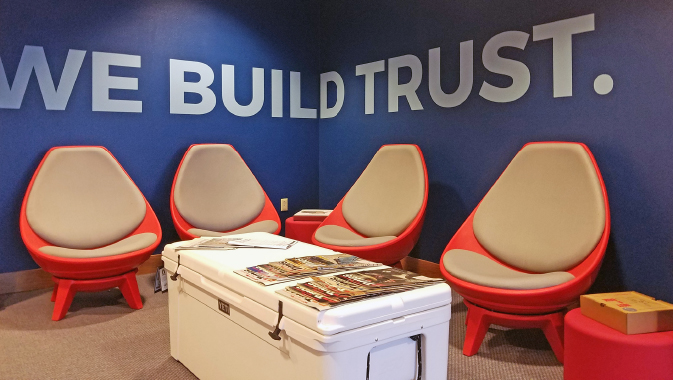 Made by People, Built with Trust